Cameras for Naples ambulances after attacks on medics 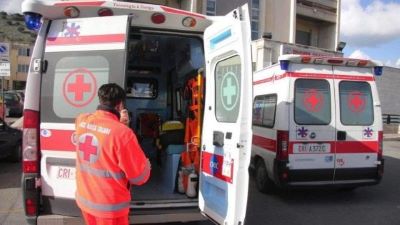 NAPLES – Interior minister Luciana Lamorgese has announced that cameras will be installed on Naples ambulances, political sources reported Monday.  This follows a number of incidents of attacks on doctors, including a group of teenagers forcing medical staff to drive an ambulance to treat a sixteen-year-old with a knee sprain.

The incident Sunday was reported on Facebook by “Nobody Touches Hippocrates,” a page doctors used to report violence.  According to this page, medical staff on an emergency ward in the Naples hospital were targeted by a group of teenagers who forced the medics to drive an ambulance to a nearby neighbourhood, where they found the boy with the knee sprain.

They were insulted by a crowd and threatened again when one explained the minor injury did not merit hospital, the post said.

This is merely the latest of a series of incidents of violence against doctors and medical staff – Nobody Touches Hippocrates says it is the fifth since the beginning of the year.  On Friday, Il Messaggero reported that an attack on a female doctor by a psychiatric patient was the third attack on medical staff in 48 hours in Naples.

In one of these attacks, on Jan. 2, a firecracker was thrown at ambulance staff.

Dr Paolo Monorchio, local president of the Red Cross, told ANSA “The most disturbing aspect of these new episodes of aggression towards medical staff and to damage to ambulances in Naples is that one gets used to this state of things, things that don’t even happen in war zones.”

Following the latest highly publicised incident, Interior Minister Luciana Lamorgese has confirmed that there will be cameras on Naples ambulances starting from Jan. 15.