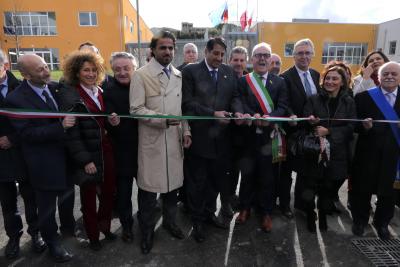 MACERATA - The children of the ancient Andriatic town, thanks to the solidarity of Qatar, received Saturday a modern school complex to replace the one damaged by the earthquakes that hit Central Italy in 2016. The reconstruction of the school is part of a Memorandum of Understanding signed between Rome and Doha under which the Arab state donated 5.6 million euros for the project's development.

The school complex includes a nursery, an elementary school, a secondary school, and a gym on a total area of 24,000 square metres, which were constructed under high security standards to preserve the safety of students and educators in case of future earthquakes.

“Qatar has faith in the power of education, no matter in which nation. When the earthquake hit this city, we had no doubt that we had to step in immediately,” said the Ambassador of the State of Qatar to Italy, H.E. Abdulaziz bin Ahmed Al Malki Al Jehani, during the inauguration ceremony that took place at the school complex premises.

The Qatari delegation, which also included the Director General of the Qatar Fund for Development, H.E. Khalifa Jassim Al Kuwari, was received in Macerata by Alessia Morani, Undersecretary of the Ministry of Economic Development; the President of the Marche region, Luca Ceriscioli; the Mayor of Macerata, Romano Carancini; and the Extraordinary Commissioner for the reconstruction of the areas hit by the earthquake, Professor Piero Farabollini.

“The school is not just a place, but a cultural dimension,” said Farabollini, highlighting the importance of the project carried by both countries.

Addressing the authorities of neighbouring municipalities who attended the inauguration ceremony, Carancini said that all the region’s mayors must not cease to be brave. “We, mayors, must build and conserve our patrimony with actions that are not just temporary. Every day, Macerata is reborn.”

Parents and students, who had the opportunity to walk through the new school facilities after Italian and Qatari authorities performed the symbolic ribbon cutting, were very impressed by the colourful and modern buildings.

Emma Persichin, 12, is excited to start attending classes at the new school. “It gives us so much happiness to see this school full of colours where each student will have his own place. The classrooms are very beautiful and modern, there is a library, and also a very big gym,” she told the Insider.

An Arab mother, whose child will also attend classes at the complex, did not miss the opportunity to approach Ambassador Al Jehani and Director General Al Kuwari to thank them and Qatar for their generosity with the people of Macerata.

“The Qatar Fund for Development thrive to ensure high-quality and inclusive education, promoting the opportunity to study for everyone,” declared Al Kuwari, who promptly chatted with students during the tour around the school.

The reconstruction of the school complex was completed on schedule and represents the growing cooperation between the governments of Italy and Qatar in the political, economic and cultural sectors. Students will be able to enjoy their new school already in the first semester of 2020.

The complex is also a symbol of hope for those who were affected by the series of earthquakes in Central Italy in 2016. The tremors that hit the region in October and November of that year reached 6.6 in the seismic magnitude scale and followed the quakes that hit other cities 50 miles away in August, when 300 people died. Although the 6.6 quake was the strongest since 1980, only one man died of heart attack. Historical buildings, residences and public buildings were destroyed.

Macerata is known for the remains of the ancient city of Helvia Recina and its annual opera festival, which takes place at the city's Sferisterio, an amphitheatre built in the beginning of the 19th century. 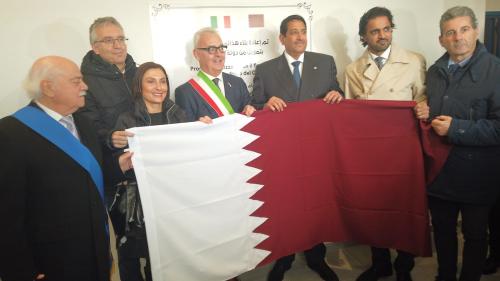 Qatar invested 5.6 million euros in the reconstruction of areas affected by the 2016 earthquake. Photo credit: Embassy of the State of Qatar. 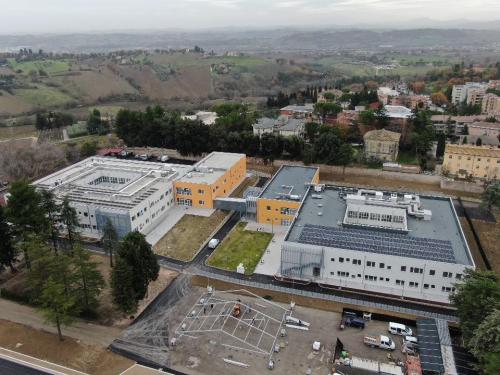 The new school complex has a total area of 24,000 square metres. Photo credit: Embassy of the State of Qatar.
Business
Embassy Row
Italy