Magic is not Christian, says Pope 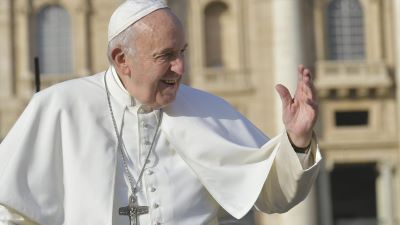 VATICAN – Pope Francis said that magic is not Christian at his General Audience on Wednesday, Holy See sources reported.

In the first General Audience this Advent, held in St Peter’s Square, Francis focussed on St Paul the Evangelist, saying that the power of God shown at Ephesus led to people choosing God and abandoning magic.

St Paul exposed exorcists without spiritual authority and the weakness of magic at Ephesus, Francis said.

The pontiff went on to say that the practice of magic should not be dismissed as something that no longer happens.

“Please: magic is not Christian!  These things done to tell the future… are not Christian.  The grace of Christ brings you everything: pray and trust in God.”

He then went on to speak of Paul’s farewell to the Christian community of Ephesus, in which Paul tells the elders to “Watch over yourselves and the whole flock” calling it one of the most beautiful pages in the Acts of the Apostles.