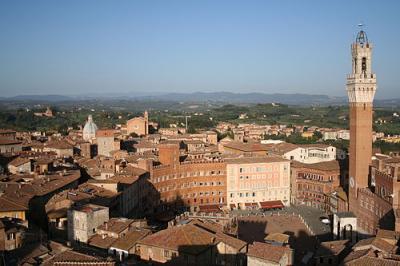 ROME – The rector of the University of Siena has condemned allegedly pro-Hitler tweets by a professor who may now lose his job, Il Messaggero reported Tuesday.

Professor Emanuele Castrucci, 67, who teaches philosophy of law and philosophy of public policy at the University of Siena, had allegedly posted tweets in praise of Hitler and a picture of the Nazi dictator with a dog, Il Messaggero said.

Rector Francesco Frati described the tweets as “shameful,” and announced that disciplinary procedures had already begun.

Indeed, Il Messaggero reported that Frati, after a unanimous vote of the university’s Academic Senate, has proposed that Castrucci be sacked and will be going to the disciplinary commission.  The university is also preparing a complaint to the prosecutors’ court which hypothesises that Castrucci is guilty of denialism, Il Fatto Quotidiano said.

Stefano Pagliantini, head of the department of law at Siena, told journalists that Castrucci had tried to defend himself by citing the right of freedom of expression, Il Fatto Quotidiano reported.

The governor of Tuscany, Enrico Rossi, announced on Twitter on Monday that he had mandated regional legal authorities to charge Castrucci with apology for fascism.

A number of politicians have issued condemnations, with the senators of the Five Star Movement publishing a note calling the tweets “serious and unacceptable” and saying that “Nazism is not an opinion and who expresses themselves in that way cannot teach anyone anything.”