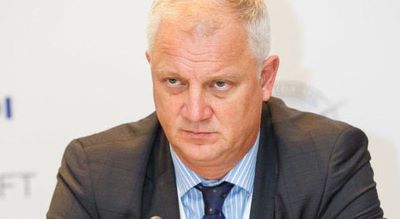 ROME – Alexander Yurievich Korshunov, accused of industrial espionage by an Ohio court, has been released from Poggioreale prison and is now under house arrest, Corriere della Sera reported.

Korshunov, 57, was detained at an airport on Aug. 30 by Italian authorities on US charges of industrial espionage.  Korshunov is accused of conspiring to steal commercial secrets from the American company General Electric Aviation and its Italian branch Avio Spa.

Maurizio Paolo Bianchi, 59, is alleged to have been Korshunov’s accomplice and was arrested on Oct. 1 on the same charges.

The arrest of Korshunov was heavily criticised by Russian president Vladimir Putin at the time.

Italian legal authorities must now decide whether Korshunov should face charges in Ohio or in Russia, as a court in Moscow has also issued an arrest warrant for him, alleging that he embezzled 150,000 euros, Corriere della Sera said.

Although he denies the charge of embezzlement, Korshunov – now subject to a travel ban and obliged to wear an electronic bracelet – says he consents to being extradited to Russia, but is opposed to being transferred to the United States, Corriere della Sera reported.