Vote to split Venice from Mestre fails to reach quorum 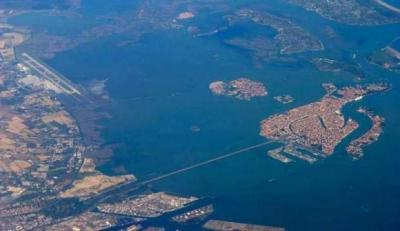 VENICE – A vote to divide La Serenissima from the town of Mestre for administration has failed to reach the quorum that would make it valid, Italian media report.

Only 21.73 per cent of people voted in a referendum Sunday that could have divided the city of Venice from Mestre.  At present they are managed by the same mayor, currently Luigi Brugnaro.  29,477 people voted for a split, representing 66.11 per cent of the voters, according to the Venice city council website.  However, a turnout of 50 per cent was needed for the vote to be valid.  Venice and Mestre will be staying together.

This is the fifth such vote in 40 years.  The penultimate referendum was held in 2003 and again failed to reach the quorum.  It had been preceded by votes in 1979, 1989 and 1994, each of which returned a result against separation, La Repubblica said.

“Now I hope we can put a tombstone over this affair because it seems to me that the people have said enough,” said Luca Zaia, governor of the Veneto region, quoted in the Corriere della Sera.  Councillor and UN consultant Felice Casson, again quoted by Corriere della Sera, disagreed: “I think that Venice has missed an opportunity… The rules that are good for Venice are not good for Mestre and vice versa.”

The highest turnout was in Venice’s historic centre, but even there only 32.6 per cent of people voted.

La Repubblica said that in recent weeks those against the split had been mainly campaigning for abstention from the vote.

Prior to the referendum, some of those in favour of the separation hung white sheets from windows, in what pro-separation groups described as a gesture against censorship – city police had removed “Si” (Yes to separation) banners because they had not been permitted by the city council.