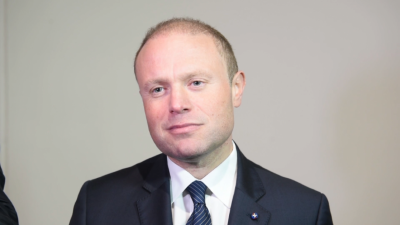 LA VALLETTA – Maltese Prime Minister Joseph Muscat told the archipelago president Friday that he will announce he is stepping down "imminetly" from office after a Cabinet meeting decided his position has become untenable in the wake of dramatic developments in the Daphne Caruana murder probe, Maltese newspapers reported.

Ministers told Muscat the arrest and resignation of two ministers and his chief of staff in the murder investigation was too close to home, the reports in the Times of Malta and Malta Independent said. He is expected to announce his departure very soon though would remain in the job for a further three to six months, the reports said. The Cabinet also decided not to grant a pardon to businessman Yorgen Fenech, a person of interest in the investigations into the murder of investigative journalist Daphne Caruana Galizia, Maltese media reported.

After a six-hour cabinet meeting, Dr Muscat gave a press conference at 3 a.m. Friday morning but only two hours out of the six were taken up with Fenechßs pardon request.  The Malta Independent reported that the Cabinet’s decision was unanimous and that Dr Muscat had deliberately chosen not to be present for the vote.

Dr Muscat has pledged to stay on as prime minister until the investigations are concluded. Fenech has now made a further request for a pardon directly to the president of Malta, a decision that Dr Muscat said Cabinet will leave up to the president, Dr George Vella.

Meanwhile, Keith Schembri, Dr Muscat’s former chief of staff, has been released from arrest, The Times of Malta reported.  Schembri resigned on Monday night and was taken into police custody on Tuesday morning.

A further protest was planned for Friday evening.

The European parliament has announced that it is sending an urgent mission to Malta to examine the state of the rule of law, government sources reported.

Muscat is due to be received in an audience at the Vatican by Pope Francis next week and his detractors are urging Maltese citizens to write to the pontiff asking him not to receive the Maltese prime minister.