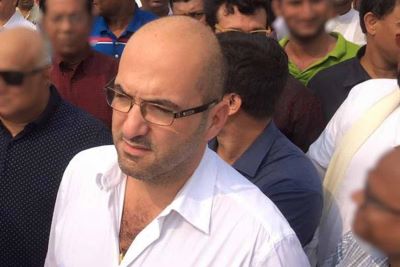 There was no immediate confirmation from police or authorities.

The Times of Malta reported that sources close to the investigations have said that Mr Theuma was given 150,000 euros to distribute between three men to carry out the murder.

Multiple sources have said that Mr Fenech named Keith Schembri, previously chief of staff to Maltese prime minister Joseph Muscat, as the mastermind behind the murder, but the police are treating his claims with caution, The Times of Malta reported.

Sources told the Times of Malta that Mr Fenech had given interrogators some unreliable information before making the claims about Mr Schembri.

Mr Fenech is seeking a presidential pardon in exchange for immunity from prosecution and claims to have information linking Mr Schembri, who resigned Monday, to criminal activity, The Times of Malta said.