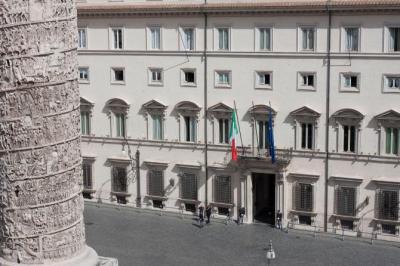 ROME – The prime minister’s apartment in Palazzo Chigi has benefited from 23,000 euros’ worth of improvements, paid for with public money and possibly motivated by Prime Minister Giuseppe Conte’s alleged falling-out with his girlfriend, Italian media have reported.

In addition to a new armoured door, an anti-theft and anti-intrusion system with CCTV, wooden shutters and new door locks, there is also a hydromassage shower, said Il Tempo, an Italian newspaper which got access to the records.

The 23,000 euros total is thanks to a 40 per cent discount from the contractors, with whom the contract was signed on Nov. 5, Il Giornale said.

Palazzo Chigi has justified the expense by saying that these changes were necessary due to the age of the building, current safety regulations and the previous lack of a bathroom.  These changes had been planned for a long time, but Conte was the first prime minister to agree to them, Palazzo Chigi sources said, according to Il Giornale.

Gossip website Dagospia, however, suggests that the reason these changes have been made is because Mr Conte, 55, is squabbling with his girlfriend, Olivia Paladino, and will consequently be living in the presidential flat more than he has done previously.

However, recent photographs of the prime minister and Ms Paladino going shopping together, published in weekly Chi, undermine rumours that they are not getting on well, Il Fatto Quotidiano said.