All roads lead to Rome - but also to Puglia? 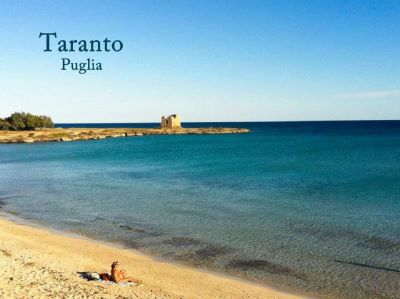 ROME – An authentic, natural and welcoming lifestyle is one of the keys to Puglia's tourism success. This has been well understood by the regional institutions that have embarked on a strategic path in this direction for several years. Now, the possible challenge is to put the "Puglia model" into a system, making it capable of generating even greater economic value and employment, starting from its history, culture and beauty, but also from the creativity and passion of its talents.

Puglia likes and shows a growing trend of all the indicators of the tourism sector. In the last five years, arrivals have increased by 27.5 per cent with 71 per cent growth from abroad. Appreciation for the region is also on the rise: in the last year, online reviews (up 46 per cent) reveal a positive sentiment of over 86 per cent.

This was the theme of the workshop ‘Puglia, a way of life,’ that took place at the Foreign Press Association in Rome as part of the ‘All routes lead to Rome’ exhibition.

Giorgio Palmucci, President of ENIT (Italian State Tourism Board), said: “As a national tourism agency, our role is to promote Italy, working closely with the regions. With the Puglia region there is an extraordinary relationship, since Puglia has focused on slow tourism, 'dedicated' not only to known destinations but also to lesser-known ones that have equally to offer from a cultural, naturalistic, eno-gastronomic, experiential point of view.  All aspects that the tourist looks for strongly.”

"We are committed, institutions and citizens of Puglia, to build a model that is based above all on the identity of our region and aims to keep our young people," said the Regional Councillor for Tourism, Loredana Capone. Because "focusing on tourism", she explained, "there is no other economic sector that generates work for people than that of tourism based on hospitality, good food, knowledge of places. If it is true that we must give our young people "wings and roots," in Puglia we can do it with this model of development with a very strong human dimension,” she concluded, citing a Mediterranean proverb.

For Aldo Patruno, Director of the Department of Culture and Tourism of the Puglia Region, the topic of medium-long term planning is the crucial node to develop structural and effective lines of intervention. "Puglia is virtuous also in this, since it has developed ten-year strategic plans and is implementing policies that will produce results going beyond the duration of a legislature. This is the key to 'going far,' going beyond provincialism, consolidating a tourist destination that is still young and developing a different model of southern development that looks to the Mediterranean as the cradle of civilization and not the tomb of migrants,” he said in the his speech in which he cited several examples of Apulian excellence.

Vincenzo Bellini, President of the Apulian Creative Productive District, spoke extensively about creativity and business: “The creative cultural enterprise in Puglia today is growing by over 4 per cent year on year, at a time when the national economy is in complete stagnation.”

Fabio Viola, one of the pioneers of digital gaming in Italy and founder of the digital project 'TuoMuseo', launched a proposal from the workshop: places of culture that are themselves culture producers: "Have you ever thought about the fact that a museum, for example , does not produce culture directly? Instead, the revolution could be sites that are able to create content as well as promote it.”

Guido Guerzoni, professor of the 'Museum Management' degree course at the Bocconi University,  focused on the impact of the internationalization processes of the tourist presence in Puglia: "It is the Italian region that has grown the most than any other in the interests of international public. And this thanks to two important drivers: investments in Cinema and Audiovisual and promotion dedicated to specific targets."

Work continued also in the afternoon with a session entirely dedicated to the experiences of Puglia. Testifying to these were Franco Punzi, President of the Valle d'Itria Festival, one of the oldest in Puglia and most important in Europe, Enrico Romita, creator of 'Hell in the Cave' who, bringing Dante's Inferno into the caves of Castellana, is today the only permanent show in the Puglia region and one of the few in Italy, Giuseppe Teofilo, President of the 'Pino Pascali Foundation' of Polignano a Mare, currently on display at the Venice Biennale, Claudia Poggi, head of the museum sector of the Cittadella Nicolaiana Academy, and Nancy Dell’Olio, a New York lawyer born in Bisceglie and named as an ambassador of Puglia in the world.

It was she who concluded the series of afternoon interventions and pulled together the day's work: "today it emerged that Puglia is a brand that has all the credentials to be on the international scene, through tourism's winning cards and culture.”

The journalist Paola Moscardino moderated the debate at both sessions. The workshop took place as part of the ''All routes lead to Rome” exhibition, a national meeting on slow tourism and cultural heritage that benefits from European Parliament's High Patronage and is included in the United Nations Global Partnership for Sustainable Development.