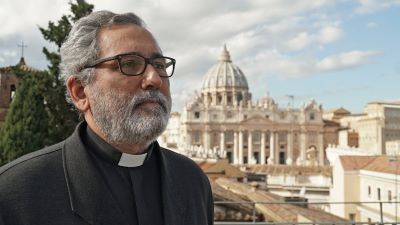 VATICAN – Pope Francis has appointed Father Juan Antonio Guerrero as the Prefect of the Secretariat for the Economy of the Holy See, replacing Australian Cardinal Pell, says the Holy See.

Guerrero, a Jesuit of 60, is currently the Father General’s Delegate for Interprovincial Roman Houses and Works and therefore the Major Superior for 360 Jesuits, Vatican News said.

Guerrero replaces Cardinal George Pell, who was appointed to the role in 2014 and has since been convicted of child abuse.  Pell is currently serving a prison sentence in Melbourne, and this week was granted a last chance to challenge the verdict.

The role of Prefect of the Secretariat for the Economy of the Holy See is in practice that of Vatican treasurer, and very important in the church hierarchy.

At a conference titled ‘Promoting Digital Child Dignity’ Thursday, Pope Francis said “In the last few decades the Catholic Church has reached profound awareness of the gravity of sexual abuse on minors and the consequences, of the suffering it causes, of the urgent need to heal its wounds, to combat these crimes with the utmost decisiveness and develop effective prevention.”

At the conference, Francis said that digital companies “cannot be considered completely extraneous to the use of the tools they put in the hands of their customers. It is therefore to them that I address today the most urgent appeal to responsibility towards minors.”

"The moral condemnation of the damage inflicted on minors for the misuse of new digital technologies must be translated into concrete and urgent initiatives,” the pontiff continued.

He appealed to computer engineers to engage in the ethical development of algorithms to identify and remove illegal and harmful images from the Internet.