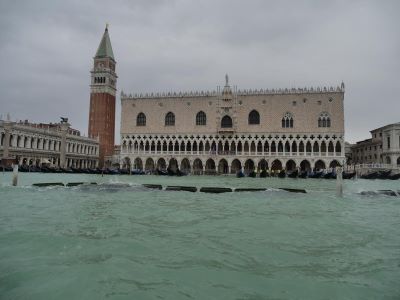 VENICE – The floods swamping the “Queen of the Adriatic” looked set to inflict further damage as the city was hit with another high tide on Friday, local authorities reported.

In Rome, the Council of Ministers declared a state of emergency for the affected areas of the Veneto on Thursday night.  20 million euros were granted for urgent interventions to support Venice and its people, reported Il Sole 24 Ore.

Mayor of Venice Luigi Brugnaro announced on Twitter that San Marco square was closed.  Schools in the city have been closed for three days, in response to the weather.  The city has been placed on a red alert for flooding.

The vaporetti (water buses) are not running.  Brugnaro has asked people to avoid journeys and keep themselves informed about water levels.

The town of Chioggia is also badly affected - the historical centre is flooded and the water stands at 147 cm.

The repeated flooding is due to unusually high winds, reported Il Gazzettino.