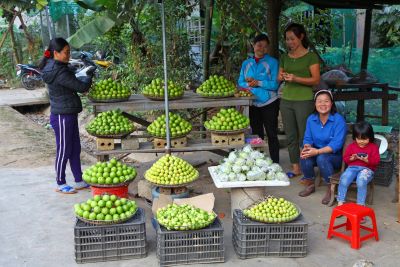 ROME – A report by the International Fund for Agricultural Development (IFAD) presented Friday at Peking University argues that specific, effective policies and investments are urgently needed to offer young people in rural areas of Asian and Pacific countries “a future,” said IFAD in a press release Friday.

About 60 per cent of the developing world’s rural youth lives in Asian and Pacific countries.  The “2019 Rural Development report – Creating opportunities for rural youth” report shows that policies and investments in rural development, education, skills training, empowerment and job creation are needed to support the approximately 340 million young people living in the rural areas of Asian and Pacific countries. Youth unemployment is a significant issue in the region, with 31.6 million young people jobless – close to half of the world total.

The report contests that, with additional investments and policies to ensure young people have access to markets, financial services and technologies, rural young people could become more productive, connected and in charge of their own futures, according to the report.

“Young people can drive economic growth in their communities and countries, but they need support quickly as climate change and the digital revolution spreading across the world won’t wait,” said Paul Winters, IFAD Associate Vice President, who led the development of the report.

Most countries in Eastern Asia have undergone a demographic transition, in which their economies transformed and youth involvement in agriculture declined. However, in South Asia and South East Asia, the “youth bulge” remains a challenge. The majority of young people still live in rural areas, where they are likely to be affected by unemployment and poverty and lack access to skills, land, financial services, inputs and technology.

“We need to act to ensure that the rapid changes and rural transformation happening in the region are inclusive of rural youth. If not we run the risk of having millions of young people left in poverty,” Winters said.

This is particularly true for South Asia and Southeast Asia, IFAD said, where rural young people are exposed to extreme weather events linked to climate change, and where the youth-to-adult unemployment rates are the highest in the world. In these two sub-regions, more than one third of the youth population, chiefly in rural areas, are still underweight.

China has the highest number of rural youth (76 million) in the region. Despite progress towards rural transformation, young rural people lack access to assets, services and new skills. About 51 per cent of the young people living in areas with rural characteristics (these include semi-rural and peri-urban areas) are in areas with high agricultural potential, but have limited market access, IFAD said.

The report specifies that the type of intervention to support young people varies depending on the stage of structural and rural transformation of the economy.

For countries with low rural transformation and where agriculture still plays a key role in the economy, investments should focus on promoting broad rural development to create opportunities.

In more transformed economies, cognitive and non-cognitive skills training is needed to increase access to jobs in the non-farm economy, stimulate entrepreneurship and develop youth’s capacity to process complex information about risks and new technologies related to climate change.

The report also stresses that the use of information and communication technologies to access financial and savings instruments will play a critical role in the rural development of the Asia Pacific region.