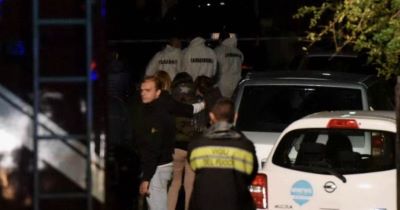 MONTE SANT ANGELO – A man thought to be significant in a Gargano mafia gang was shot and killed Monday outside his home near Monte Sant’Angelo, police sources said

Pasquale Ricucci, 45, was thought to be at the top of the Lombardi-Ricucci-La Torre clan, permanently at war with the ‘mountain’ clan of Li Bergolis-Miucci.  He had a criminal record for illegal possession of weapons.  It is possible that his death was linked to the Gargano gang feud which has killed dozens of people over the years, judicial sources said.

80 per cent of the 300 violent crimes committed since the 1980s that can be attributed to the Foggia mafia remain unsolved, in that there is no one to attribute them to, Il Fatto Quotidiano said.  A lack of people willing to cooperate with the police and a culture of silence have prevented authorities from getting control of the situation.

The Gargano mafia gangs deal mainly with drugs and extortion.  The victims of the protection money racket run in the area will often go themselves to the mafiosi to pay before they are asked, Il Fatto Quotidiano reported.

In another development, a trial of the mafia gangs of Trapani (western Sicily) and the “clan” of fugitive boss Matteo Messina Denaro resulted in thirteen condemnations and one acquittal.  The sentences handed down by judge Cristina Lo Bue amount to 150 years in prison for mafia association and assistance, judicial sources said.

Originally among the accused was Rosario Allegra, brother-in-law of Messina Denaro, but he died before trial.

Another 17 are awaiting trial, including Gaspare Como, brother-in-law of Messina Denaro. According to the charges, Como may have been designated “regent” of the Castelvetrano district by Messina Denaro.

The inquiry found that the gang were involved in online gambling, as well as extortion.