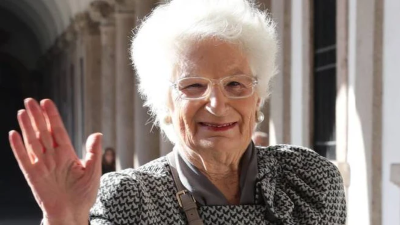 MILAN – Auschwitz survivor and life senator Liliana Segre has been given a police escort in view of the threats and hate messages she has been receiving, said political sources.

At a meeting on Wednesday between the prefect of Milan, Renato Saccone, and the committee for security and public order, it was agreed that the threats were so serious Segre needed police protection.

Amongst the measures approved, Segre is now accompanied in public by carabinieri officers.

According to the Corriere della Sera, the threats directed at Segre have dramatically increased recently.  She has reported receiving up to 200 hate messages a day.

She recently proposed a motion to the Senate to institute an extraordinary commission against hatred, racism and antisemitism.  This passed despite the abstention from the vote by senators from the League, Forza Italia and Brothers of Italy parties.

The idea of giving Segre, 89, police protection has been under consideration for some time, said Il Fatto Quotidiano, and the Milan public prosecutor’s office has opened an investigation into the hate messages, insults and threats directed at her.