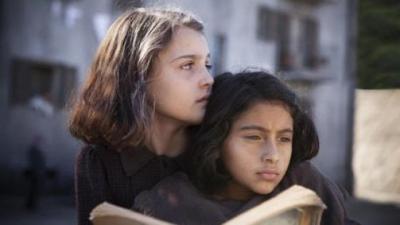 Elisa Del Genio and Ludovica Nasti in the television adaptation of My Brilliant Friend.

ROME – Elena Ferrante, the pseudonymous author made famous by the Neapolitan Novels, has published a new novel which arrived in Italian bookshops at midnight Wednesday, reported Il Messaggero.

La vita bugiarda degli adulti, which will appear in America as The Lying Life of Adults in June 2020, is Ferrante’s first novel in four years.

The writer – whose identity remains unconfirmed despite much speculation and investigation – is globally renowned for her work.  She is most celebrated for the Neapolitan quartet, recently adapted for television as My Brilliant Friend.

True to form, the new book was shrouded in maximum secrecy before its release.  Literary critics of Italian newspapers were sent an electronic copy late on Tuesday night, merely 24 hours before the book went on sale.  Ferrante’s publishers, Edizioni E/O, have been careful not to let details leak out: aside from an extremely short extract published in early September, very little was revealed about the novel.

From early reviews, it appears we are back in familiar Ferrante territory with a Neapolitan setting and a first-person female narrator, with adolescence, family dynamics and emotional education providing major themes.

However, in contrast to the Neapolitan Novels’ setting in a poor and run-down neighbourhood, La Vita Bugiarda Degli Adulti takes place in the smart Vomero area of the city.

A number of events around Italy were held to mark the release of the book, again showing how Ferrante’s status is enough to inspire – in Italy, anyway – the kind of anticipation previously seen for the books of J.K. Rowling and Margaret Atwood.

In Turin, the Circolo dei lettori held a “Ferrante Night.”  So did Feltrinelli bookshops in Rome, Milan and Naples, with readings by actors and authors, and screenings of the short film “Ferrante Fever,” which features interviews with other authors and Ferrante’s translator – but not, of course, the enigmatic Elena herself.