'Sibelius and Italy' presented in Rome 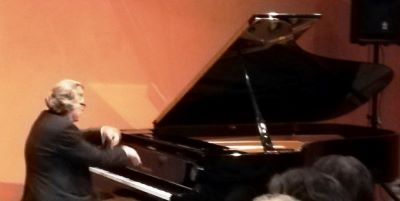 ROME – In the presence of Finland’s new ambassador to Italy, Pia Rantala-Engberg, Michele Dall'Ongaro, president of the National Academy of Santa Cecilia, the curators and some authors of the essays 'Sibelius and Italy' – probably the most complete collection of studies on relations with Italy of the great Finnish composer Jean Sibelius – was presented in Rome, at the MUSA, Museum of Musical Instruments.

The volume constitutes a valuable contribution of new studies on Sibelius with a focus on the artist's stature, on his family and socio-cultural context, through new perspectives on the privileged and fruitful relationship he had with Italy, perceived as an ideal land, source of nature and figurative art, of which he retained an extraordinary impression throughout its life.

It covers topics from the friendship with Ferruccio Busoni to the historical-artistic confrontation with composers like Mascagni, Puccini, Respighi, travels to Venice, Florence, Foligno, Rapallo, Naples, Capri and Rome, of which he wrote “Of all the cities I have seen Rome is the most beautiful and the most aristocratic.”

After the first concert in 1904 in Bologna, directed by Arturo Toscanini, his music was often performed in Italy; he himself, nominated in 1916 Academic of  Santa Cecilia, directed in 1923 at the Augusteo a monographic concert of his own compositions and, in July 1929, the Italian Government awarded him the honour of Knight of Grand Cross of the Crown of Italy, a country which deeply influenced the spiritual horizon and style of this composer, a point of reference for a young nation, Finland, which has towards Italy, Rome, the Latin language and Italian civilization a particular admiration, consideration and devotion.

The essays - four of them in English - deal with interdisciplinary and even unusual topics: the "soundscape" of Italy known by Sibelius, through period recordings; Sibelius's music in film and media; the progress of the publication of the critical edition of his works; his relationship with Neapolitan song and frequent visits to the island of Capri; a comparison between the travel itineraries in Italy of the artists and architects of Finnish National Romanticism with the Italian experience of Jean Sibelius to investigate the reflections of classicism and Mediterranean atmospheres on the composer's linguistic choices; the repertoire choices and the interpretation by the most established Italian orchestra conductors and the reception of the Sibelian compositions by the contemporary criticism.

A sign of the slow but progressive maturing of Sibelian studies in Italy, the book speaks to musicians, scholars and experts but also enthusiasts and the general public, and worthily crowns the series of initiatives with which Italy has celebrated in 2015 the birth of Sibelius, whose compositions are everywhere performed by important interpreters but of which it is still necessary in our country to spread and deepen knowledge.

During the presentation, Folke Gräsbeck, a Finnish musician and frequent Sibelius music performer, played a short musical example of the composer’s work on the piano.