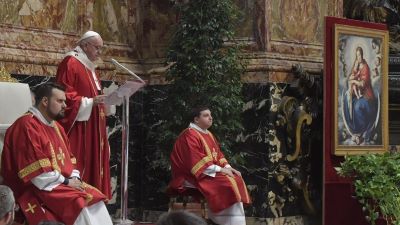 VATICAN CITY – In addition to the building it has been found to own in Chelsea, the Secretariat of State also bought property in North Kensington with “Peter’s Pence” money, La Stampa said Monday.

This money is understood to have come from the charitable donations known as Peter’s Pence, said La Stampa.

The property was apparently bought by the Athena Global Opportunities Fund (which is entirely Secretariat-funded) through another company.  At the end of 2018 the building’s value had fallen to the equivalent of less than 8 million euros.

According to La Stampa, the Athena fund, managed and owned by financier Raffaele Mincione, also invested in another property on Kensal Road, buying variable rate bonds from another company, Cessina Ltd – which is itself controlled by Mincione.

Cardinal Angelo Becciu issued denials and explanations Friday, which, although never mentioning the name, are widely understood to refer to Mincione:

“He in fact, disregarding the indications repeated on innumerable occasions, including in writing, continued to invest in activities that the Secretariat of State absolutely could not share or approve.”  The cardinal also insisted that the Secretariat’s investments were “regular.”

The Holy See’s investigation into the Secretariat’s investments is ongoing.