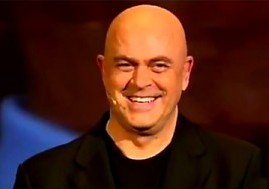 Italian Genoese comic asked "How much does politics cost?" five years ago

ROME -- How much does politics cost? Italians and Americans have very different figures but they both have the same answer… too much. And in both countries it is democracy that is brought into disrepute.

The present rot in Italy began a long time ago, when Parliament reintroduced public financing of parties within months of a referendum which had abolished it in 1993. They called it “elections campaign reimbursements,” a fiction to begin with made even more absurd when they did not even have to show their expenses for the campaign. The absurdity was cubed when we learnt that the “reimbursements” ran for five years even when the legislature only lasted two as in 2006-08 (the clock obviously started again after the 2008 elections). Last month we also learnt that a party does not even have to exist any more in order to receive the taxpayers’ manna.

Since 1994, the different groups received €2.5 bn but accounted for less than €600m with bona fide election expenses. The rest went into the party kitty