New plan to manage migration as Libya accord reviewed? 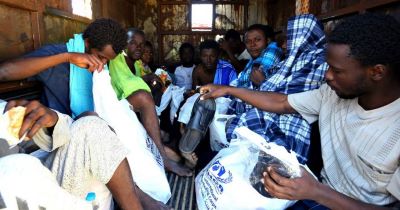 ROME – Italy looked set Thursday to renew the controversial migration agreement with Libya even as plans are made for a proposed new system that would see the European Union manage migration centres in Libya itself, political sources reported.

The agreement, signed in 2017, runs out on Nov. 2.  It aims to stop illegal migrants from reaching Europe, in part through helping and training the Libyan coastguard.  Under the terms of the deal, Italy also finances Libya’s notorious detention centres for migrants.

Amnesty International, among others, have condemned the agreement in strong terms.

Prime Minister Giuseppe Conte said that the renewal would not be automatic.  25 members of the majority government (22 members of Parliament and 3 members of the European parliament) have issued a statement calling for its immediate suspension, reported La Repubblica.

In response to questions from the Democratic Party, Foreign Minister Luigi Di Maio told the House that the accord would be renewed, but that “We will work to improve it.”

However, La Repubblica also reported that Italy was working on a new plan to propose to the European Union.

Under this plan, the EU would directly manage centres for migrants in Libya.  At such hotspots, migrants’ claims to asylum could be checked and those with valid claims sent to Europe via safe humanitarian corridors, said Il Fatto Quotidiano.

This would be financed by European resources.  In particular, money from Frontex, the EU Border and Coast Guard Agency, could be used for this plan rather than the eastern borders, said La Repubblica.

Although Libya’s political instability makes such plans difficult and such a plan would still need the approval of other EU states, La Repubblica reports that the mood is favourable.  It is hoped that other European countries – including those which have followed a policy of closed borders – might be more amenable to such an arrangement than they are to plans to redistribute migrants.