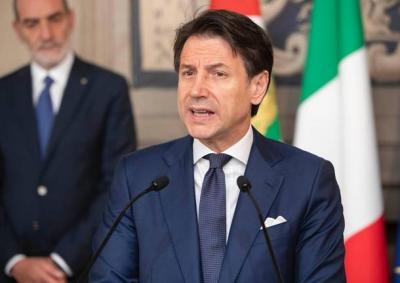 ROME – Palazzo Chigi has denied the possibility of a conflict of interest after the Financial Times reported prime minister Giuseppe Conte’s involvement as a lawyer in a Vatican business deal just weeks before he took office.

Documents examined by the Financial Times reveal that in May 2018 – when Conte was an academic and a political unknown – he was hired to give a legal opinion in favour of Fiber 4.0, a shareholder group at the time competing for control of Italian telecommunications company Retelit.

The lead investor in Fiber 4.0 was Athena Global Opportunities Fund, entirely funded by 200 million dollars from the Vatican Secretariat and managed and owned by Raffaele Mincione, Italian financier, the Financial Times reports.

Until the dramatic raid on Oct. 1 on the Secretariat by the Vatican’s own police to seize documents, it was not known that Mincione’s money came from the Vatican, indeed it was never declared in the Retelit deal, said the Financial Times.

The newspaper’s report goes on to say that in April 2018, Mincione lost a vote of shareholders to be placed on the company board.  The vote was won by foreign investors including Libya’s state telecommunications company. Conte was brought in as a legal expert in an attempt to overturn the vote’s result, and in a memo of 14 May 2018 advised that the vote could be overturned if the company was placed under “golden power” rules, which in his opinion they should be applied, owing to the involvement of the Libyan company.

And in June 2018, with Conte now prime minister, the Italian cabinet put the company under just those rules.

This still did not overturn the vote, but undoubtedly it does not look good for the prime minister.

In order to avoid conflict of interest, Conte “formally abstained from any decision regarding the exercise of the golden power,” said the statement, and he was not present at the meeting of 7 June 2018 which confirmed its use, as he was in Canada for the G7 meeting.

The statement clarified that Conte never met Mincione.  It also stated that Conte did not know, and was not required to know, that the affair involved an investment fund supported by the Vatican, one that is now the focus of an investigation.

Conte has already faced and denied accusations about a conflict of interest in the case, and has pointed out that the Italian Competition Authority in January decided there were no grounds to start proceedings, reports Il Fatto Quotidiano.

The situation may be further complicated by the Vatican financial scandal.  The Financial Times reports that the raid on the Secretariat was prompted by concerns over a deal the Secretariat made with Athena.

This deal allegedly allowed the Secretariat to purchase property in Chelsea, London, with money from “Peter’s Pence” – money donated to the Vatican to help the poor.

The Vatican investigation into the scandal is ongoing.  So far it has allegedly resulted in five suspensions and the resignation of Domenico Giani, head of the Vatican gendarmerie, over a leaked document that revealed the identities of suspects.