Liliana Segre says social media haters are to be pitied 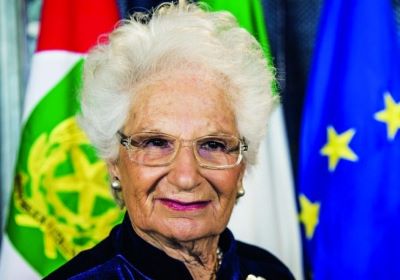 MILAN – Liliana Segre, the life senator and Holocaust survivor, has said that the social media haters who send her an average of 200 racist messages a day are people to be pitied or treated, reports the Corriere della Sera.

“They are people to pity… who will be cured,” she said, speaking ahead of a conference on Monday at IULM University, Milan, where she was to speak of her experiences.

At the age of 13 she was deported to Auschwitz, where her father and grandparents were killed.  At the age of 89, she still meets young people from all over Italy to talk about what happened to her.

On Jan. 19 2018 she was named a senator for life by President Sergio Mattarella.

The Milan prosecutors’ court opened an investigation into the hatred she was receiving on social networks in 2018.