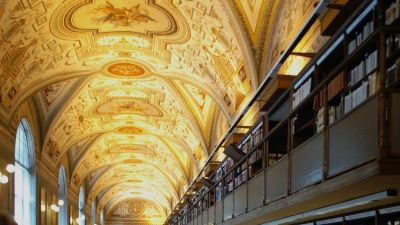 VATICAN CITY – The Vatican Secret Archives are called “secret” no longer, Pope Francis having changed their name Monday to “Vatican Apostolic Archives” in what appears to be an attempt to improve their public image.

The Pope noted that the Latin secretum does not really translate as “secret” in the modern sense, instead meaning private.

To reflect that the connotations of the word have changed since the Archives were founded in 1612, however, it made sense to update the name to avoid “negative” nuances – the idea of secrets that need to be hidden.

"In some areas and environments… this expression has assumed the prejudicial meaning of being hidden, not to be revealed and to be reserved for a few,” said the Pope.  “This is entirely the opposite of what the Vatican Secret Archive has always been and intends to be.”

Indeed, parts of the Archives – which consist of 53 miles of shelving – are already open to scholars.