Unprecedented win for centre-right in Umbria 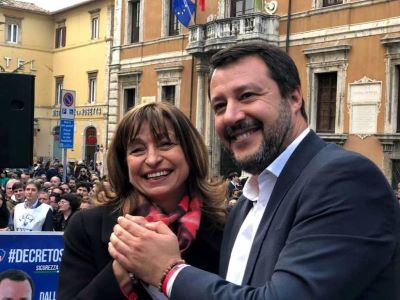 PERUGIA – The centre-right has won the regional elections of Umbria on Sunday in a landmark change for the traditionally left-wing area.

The new governor of Umbria, therefore, is Donatella Tesei, supported by the League, Fratelli d’Italia and Forza Italia.  She beat Vincenzo Bianconi, supported by the ruling Democratic Party and Five Star Movement, by 20 per cent.  According to political sources, the majority of votes in support of Tesei were cast for the League, led by Matteo Salvini.

The Democratic Party and Five Star were not expecting to win, says La Stampa.

In an interview with SkyTg24, Five Star Movement leader and Foreign Minister Luigi Di Maio said “The experiment did not work” and “Five Star does better on its own.”

“It would be an error to interrupt the experiment because of a region that has 2 per cent of the population,” said Conte in the Corriere della Sera.