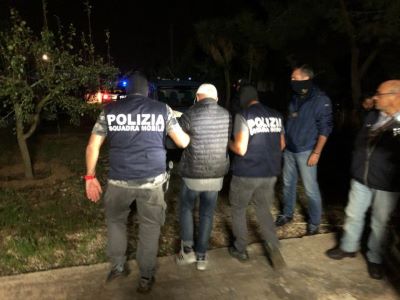 RAGUSA – Police have broken a Mafia ring that sent contaminated plastic from Sicily to China under cover of recycling, say judicial authorities.

15 people were arrested Thursday, charged with offences such as extortion and waste trafficking.  10 are in prison and five under house arrest, reports the Corriere di Ragusa.

One of those arrested is Claudio Carbonaro, who appears to have directed the operations.  Carbonaro had previously turned state’s witness in 1992 after a criminal career including 60 murders, according to Il Giornale.  He subsequently returned to Sicily and took over a crime syndicate.

The arrests are the result of a four-year investigation resulting from the discovery in Italy of shoes made in China with the contaminated plastic, leading to the suggestion of an organisation dealing with the transport of plastic waste from Ragusa to Catania.

The operation “Plastic Free” was conducted by investigators from both cities.

The investigators said that the companies involved in collecting and processing plastic waste used the covering sheets periodically abandoned by agricultural greenhouses in the area.

“There was strong competition between the companies dealing with plastic collection, which sought to establish a monopoly, also through the use of mafia intimidation.”

Il Giornale reports that this included the use of weapons.

They are also thought to have disposed of waste illegally, according to Il Giornale.  Washing the plastic left a harmful residue of soil mixed with fertilizers and pesticides, which the alleged criminals buried and covered over with cement and asphalt.

This allowed them to avoid the costs of authorised waste disposal, thus increasing profits still further – it appears that plastics are a highly profitable trade.