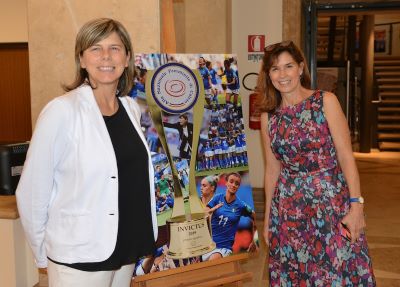 ROME – The Italian women’s football team were awarded the Invictus prize Monday at the Foreign Press Association in Rome.

The prize aims to recognise excellence in sport and those who have improved society through sport.

To accept the award on behalf of the inspiring team were Barbara Bonansea, who plays for the national team and Juventus, and Milena Bertolini, the manager who led Italy’s women’s team to qualify for the FIFA Women’s World Cup for the first time in 20 years.

It was recognised that in recent years the recognition of women’s sports has massively improved – “The times when it was only little boys who dreamed of growing up to become footballers are finished.”  No one doubts the role that the Italian women's team have played in bringing about that change through their example.  Yet the discussion prior to the awarding of the prize focussed on the difficulties still faced by women footballers.

Professional football, said Bertolini, was considered a men-only profession when she began playing.  Bonansea agreed that as a child she had been singled out for playing what was thought to be a boys’ sport.

Even now, she recalled her first reaction on hearing that the stadium had sold out for a women’s match in which she would play as “Someone’s made a mistake.”

Both mentioned the difficulty of being a professional sportswoman from a career perspective, given the lack of protection offered by the law.  As careers in sports are often very short, female footballers can find themselves too old to play, but with no source of income, at the age of 35.

Also, said Bertolini, the language of football needed to change to reflect the new reality of the sport, for instance less use of the word “uomo,” although she acknowledged the difficulty of breaking longstanding habits.

More positively, she commented that the media had made a difference to how women’s football was perceived.  As women’s football is increasingly treated with the same media attention as men’s, society too is beginning to change.

Italy’s World Cup match against Brazil on June 18 was the first time that a women’s football match had been broadcast on Italy’s most-watched television channel, Rai 1.

The successes of the Italian women’s football team, and their recognition by the media and indeed with the Invictus prize, demonstrate how attitudes towards women’s football are beginning to improve.

However, not all aspects of Italian society are changing.  Speaking of Elena Linari, the female footballer for Madrid who came out as homosexual last week, both of the women said they were pleased she had been able to be open about her sexuality, but mentioned – as Linari herself had done – that it would much easier to do so in Spain than in Italy. 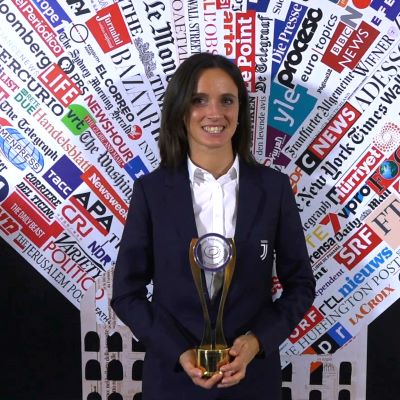