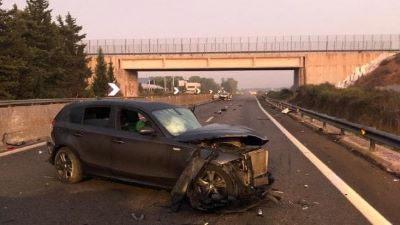 ROME – Young Italians’ drink and drugs crisis was demonstrated again tragically on Saturday night with the deaths of two teenage boys in Palermo and a young woman in a Florence nightclub.

The “Saturday night” disasters, when young people die as a result of alcohol and drugs (often combined with an attempt to drive) are notorious in Italy, and the problem seems to be getting worse.

On Saturday Oct. 19, a car containing five people aged between 15 and 20 came off the road in Palermo and caught fire, said the Corriere della Sera.  The two killed were Giorgio Carella, 17, and Kevin Vincenzo La Ciura, 16.

The other three were badly wounded.  The driver, Rosario Musso, was arrested after testing positive for alcohol and cannabis, reported the Corriere della Sera.

The same night, 19-year-old Erika Lucchesi died in a nightclub in Florence.  She is suspected to have taken a combination of drugs and alcohol which killed her.

On Saturday Oct. 14 four people were killed in a car crash in Catania, on their way home from a nightclub.

La Repubblica reports that from Jan. 1 to Sept. 30 2019, there were 620 people killed in car crashes, 194 of whom were under 30 years of age.  According to La Repubblica, the characteristics of accidents have repeatedly led police to stress that controls and repression are not having an effect on a culture that does not recognise the risk in dangerous or drunk driving.