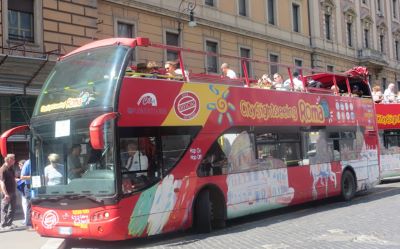 ROME – The law prohibiting tourist coaches in the historic centre of Rome is being widely ignored, reports Il Messaggero.

From January 1 coaches were completely banned in the historical centre with few exceptions, and their stops limited in other parts of the centre.

Rome has serious problems with overtourism and often plenty of traffic and it was hoped that the new law would help to protect the city's historical and archaeological heritage, as well as reduce pollution, according to mayor Virginia Raggi in 2018 at the time of the ban's implementation.

For a brief period, Il Messaggero said, the measure was effective and much welcomed.

But with tourist high season in summer, it became obvious that the 450 euro fines for buses breaking the law was not sufficient to deter tour operators from taking tourist coaches into the historic centre.

Police recorded 2,355 instances of the coaches entering the historic centre without authorisation since the start of the law, and a total of 19,220 infringements of the laws.