Conte asks for Copasir meeting as two arrested for spying 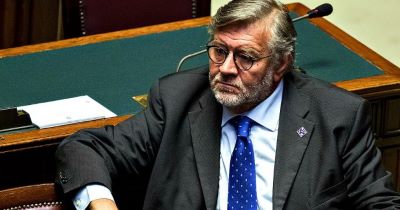 Copasir is the Italian parliamentary body which oversees the activities of the Italian intelligence agencies.

Conte needs to answer questions on how and why he authorised the heads of the Italian intelligence services to meet William Barr, the United States Attorney General.  Hence his note to new president of Copasir Raffaele Volpi, requesting a meeting.

Meanwhile, two people have been arrested for spying.

Maurizio Paolo Bianchi, 59, was arrested Oct. 1 on the request of the Ohio federal tribunal, accused of “conspiring to steal commercial secrets” in the USA and Italy from 2013 to 2019; Alexander Yuryevich Korshunov, former diplomat, was arrested 30 August, again at the request of US judicial authorities and on the same charges, reports Corriere della Sera.

Italian judges will now have to rule on whether they will be extradited.

The American judges and the FBI believe that from 2013 until the beginning of this year, the two “conspired and attempted to steal commercial secrets, procedures and aeronautical designs” belonging to General Electric Aviation, based in Ohio, and from its Italian branch Avio Spia, based in Torino and where Bianchi worked as a business manager.