INARI, Finland – The Sámi people, defined by us as ‘Lapp’, the only ones recognized as indigenous in the whole European area, are widespread in four countries – in northern Finland, in areas of Sweden and Norway and in some areas of Russia’s Kola peninsula.

Last September in Inari, at the headquarters of Sajos, votes were held for the selection of new representatives of the Sámi people in the context of the so-called Sámediggi, or the advisory parliament, the highest political body of the Sámi in Finland representing them in national and international contexts.

The 21 members of the Sámi parliament are elected every four years. Sámi registered on the electoral list of the Sámediggi are eligible to vote in elections and those with the right to vote can stand for election too.

The linguistic and cultural self-government for the Sámi in their homeland is guaranteed by the Finnish Constitution as an indigenous people. Self-government has been regulated and implemented by the Sámediggi since 1996 (law 974/1995, amended 1279/2002). The Sámi parliament is the representative democratic body of the Sámi people, whose purpose is to promote the Sámi language and culture and questions relating to the position of the Sámi as an indigenous people.

The average age of the new Sámi parliament is 49 years. The youngest member is Karen-Anni Hetta, 26, of Sodankylä, and the oldest, 76-year-old Kari Kyrö, of Inari.

From the electoral register, there were 5,873 with the right to vote, a small number, since it is Norway that hosts the largest number of Lapps. The votes were 2,853, for a turnout of 48.58 per cent. In the last elections of 2015, the turnout was higher, 51.63 per cent, and in the previous 2011 elections, slightly higher, by 49.6 per cent. It is estimated that Finland's Sámi are approx. 10 thousand, with their own differentiated language depending on the area of ​​residence. In Finland, there are three Sami languages: North Sámi, Inari Sámi and Skolt Sámi. With around 20,000 speakers in Finland, Norway and Sweden, the North Sámi is the most widely spoken of these languages. In Finland, North Sámi is spoken by around 2,000 people while Inari Sámi is spoken exclusively in Finland. Skolt Sámi is spoken in Finland and Russia. In Finland, both languages ​​are used by about 300 people, most of whom live in Inari. Under the pressure of dominant languages ​​and assimilation policies, many Sámi have lost their mother tongue. Since the ethnic revival of the 1960s, a variety of measures have been taken to preserve the Sámi languages ​​and bring them back to life. The Sámi Language Act of 1992, revised in 2004, made the Sámi an official language.

Many votes were cast by post, even from remote corners of the world. Annikki Sarre, from a Sámi family in the province of Inari, but residing in Rome for decades, probably almost unique Sámi in Italy, taking advantage of a stay in her area of ​​origin, wanted to vote by going in person to the Sámediggi headquarters in Inari, in order to recover, in a hundred sense, her cultural and environmental roots. "My roots and family traditions are not affected by a long stay abroad but, in a sense, strengthened by distance and memories ... I am therefore proud to belong to an ancient people rich in cultural expressions but at the same time adapting to our time and to different situations without renegades. I think the role of the Sámediggi should be fundamental in promoting and defending, with the tools of information, education and participation, the awareness of the new generations about the linguistic traditions of the people," she states. And adds, smiling, that she felt profoundly European "also because having Finnish and Italian citizenship and, moreover, by birth, the Sámi one."

The candidates and the elected do not represent parties as traditionally understood, but, of course, they aggregate according to common positions that they can support or promote, generally on the types of social, cultural and economic development and on the concrete implementation of rights deriving from the position of indigenous people.

In the newly elected parliament Sámi for the period 2020-2023 nine re-elected members continue, four old members returned and eight members have been elected for the first time. The average age of new members of the Sámi parliament is 49 years and almost half of the members are engaged in reindeer husbandry.

The new Sámi parliament has by far the largest number of Northern Sámi language members. Of the 21 regular members of the assembly, 11 members declared North Sámi as their mother tongue, 10 members the Finnish language and one Skolt Sámi. One member declared both his Finnish and North Sámi as his mother tongue. Eight of the new members of parliament reported working in the reindeer herd, six in different teaching positions, four studying and three retired. Selected members also include some artists and entrepreneurs. Almost half of those elected represent the province of Inari, the largest in Finland, equivalent to the Latium region in Italy. As a result, almost half of the new composition of the Sámediggi is represented by Inari, 10 members; four members come from Utsjoki, three members from Sodankylä and Enontekiö and one member outside the Sámi homeland. The gender composition of the new Sámi parliament is very balanced: 11 members are women and 10 are men.

The new formation of this advisory body will be operational from next Jan. 1, and will face new and demanding problems such as negotiations with the national government for a revision of the laws governing the rights of the Lapp people as a native entity, the environmental problems of the Arctic region, the territoriality of the fishing and breeding areas reserved for Sámi, responsible tourism, and much more. 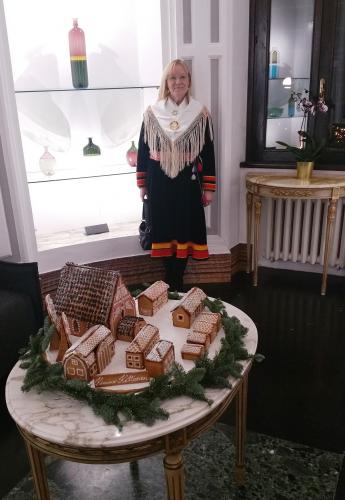 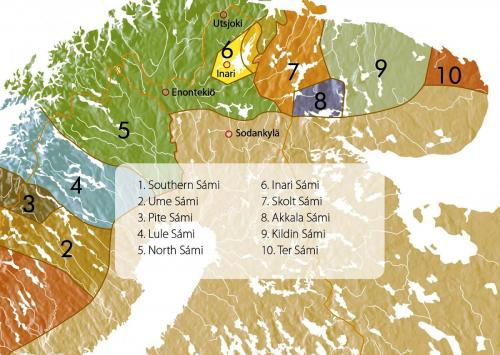