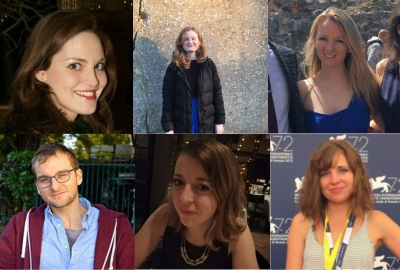 ROME – The Italian Insider approaches its 10th anniversary amidst future uncertainty, but reflects on a decade of journalism from dozens of young reporters, many of them students or interns who are just setting out in the industry. A great number have gone on to work for national media outlets like ITN, the Sunday Times, the Daily Mail, and NME. They pay homage to their first taste in journalism as a defining and instructive experience.

“I learnt the bread and butter of journalism from [editor] John [Phillips], I learned to search out stories, cultivate relationships, react fast to developing news and hit the phones,” said Alyx Barker, an Oxford graduate who, following her time at the Insider in 2011 and 2012, went on to complete a Master’s in TV Journalism at City University before working at ITV and Channel 5.

“It's also fantastic being part of such a small team. I was really involved in all aspects of the paper, from writing and editing to advertising sales and graphic design layout for the printed edition. I really developed my writing at the Italian Insider and loved every minute of it,” she reflected.

“I got the independence to pursue my own stories,” agreed Sophie Inge, reflecting on the advantages of working in a small team. “This included a feature where I spent a night delivering food to the homeless with the Italian Salvation Army and interviewing the lady who keeps a colony of cats in Piramide Cemetery,” said Ms Inge, who has since worked for The Local, a European news network in Sweden, as well as the Telegraph, MailOnline, Times Higher Education and Research Fortnight.

Since its inaugural print issue in Oct. 2009, the team has covered everything from Italian political news, exclusive reports on the early stages of the Libyan civil war, and developments in the Holy See. The paper has also broken stories regarding the UN agencies in Rome, frequently exposing the complacency and corruption that can seep into large organisation which (in theory) police themselves, most recently revealing job-rigging in the highest rungs of the Food and Agriculture Organisation (FAO).

“The Insider's journalism is incredibly important… In particular, the paper's focus on the UN agencies, which many readers will work for or have dealings with, is really important. These huge agencies have to be held to account and their integrity scrutinised,” said Barker.

“The newspaper reports on stories that the bigger boys in the Anglo-Saxon press - the BBC and so on - miss. It's such an important part of the English-language media ecosystem in Italy,” echoed Leaf Arbuthnot who came to the Insider in the summer of 2013. A Cambridge and Yale University graduate, she went on to work at The Sunday Times’ feature desk before joining The Times as a junior leader writer. She has her first novel coming out in Britain next year.

“Joining the Italian Insider was a real eye opener as I had not written news stories before and frequently wrote several in a day. That was excellent experience and stood me in good stead. The Italian Insider reports on a real range of stories so it's a good way to learn to write about all sorts of subjects.”

I worked for the Italian Insider in the spring and summer of 2019. My experience was enormously memorable: broad education and training in journalism combined with life in Rome.

The rhythms of the Italian daily news, and press access to events and sources, give you a rare understanding of the country. In my case, this included a comprehensive grounding in national and local politics, organised crime, rubbish collection in the Eternal city, Matteo Salvini’s anti-migrant campaign, missing Vatican schoolgirl Emanuela Orlandi and much more.

Work in Rome itself brings a plethora of its own surprises and delights. The Foreign Press Association where foreign correspondents for international papers reside provides unparalleled insight into international reporting and an impressive opportunity to meet others in the field. Even its temperamental air-conditioning takes on a certain charm.

I had the fortune to review exhibitions by Russian billionaires on the world’s swankiest contemporary art stage in Venice, and to reflect on Banksy’s beguiling relation to the mainstream. In one of the most enthralling episodes, I entered the underground realm of Caracalla’s Roman baths when they were opened for the first time to the public. I traveled to Sicily to watch Greek tragedy at Syracuse’s ancient theatre, as the warm Sicilian evening turned to cool darkness and the opening night’s party got underway.

But if the perks of the journalist’s lifestyle are considerable, there is a more serious side to the job too. I learnt what it is like to be sued by a U.N. agency, and how the Italian legal system works (or does not): what it is like to be a small newspaper writing about a large organisation.

Firstly, the majority of the interns are students based in the UK,usually from Oxford, Cambridge or Durham who want to try real journalism for the first time. They are frequently supported by scholarships from the Erasmus scheme, the European Union’s student exchange programme. Britain’s exit from the EU places this seriously under threat, especially under the looming shadow of an upcoming No Deal exit.

Secondly, Italian Insider editor-in-chief John Phillips has recently been found guilty of besmirching the image of the UN’s Food and Agriculture Organisation (FAO). He owes a fine of 1,800 euros, plus an advance of 40,000 euros on civil damages claims and at least 13,680 euros towards the legal costs incurred by the humanitarian organisation in suing the paper. In the upcoming civil case, one FAO executive has asked for no less than 100,000 euros in compensation.

The International Federation of Journalists described the case as “a shocking attempt to silence independent journalism.” Mr Phillips has set up a GoFund crowdfunding appeal towards legal costs incurred in fighting the FAO agency and its executives over the last few years. He has nevertheless vowed to continue publication in the meantime and to appeal against the judge’s decision.

In the face of an uncertain future, the Insider is proud to recognise the work of the dozens of past interns who have worked at the paper from its inception to its 10th anniversary. 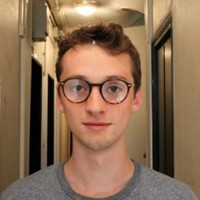