Investigation widens into Trieste killer's past 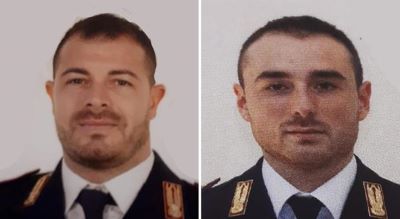 TRIESTE – The investigation into Alejandro Augusto Stephan Meran, who killed two policemen during a shootout at Trieste’s central police station, is now widening in order to discover more about his past and consider his mental health.

The policemen Pierluigi Rotta, 34, and Matteo Demenego, 31, were shot Friday by Meran, aged 29.

La Repubblica reports that police are widening the investigation to take into account Meran’s past, as given his evident familiarity with firearms it is implausible that he had no experience with weapons.  Consequently, Italian police are expected to make a formal request for collaboration with police in Germany, where Meran lived.

Questions will be asked on whether he had ever been admitted to a mental health institution and whether he had come to the attention of the German police for any reason.

If nothing is found, the investigators may extend the inquiry to the Dominican Republic, where according to Il Messaggero he lived until 2005.

Meran was taken to hospital by the police and is facing charges of double homicide and another eight attempted homicides, the number of policemen he could have shot in the police station and the street, said La Repubblica.

He is now in prison, under 24-hour surveillance to prevent him from self-harming, Il Messaggero reports.  The public prosecutors have placed him under maximum security conditions, and an expert has been called in to determine his state of mind at the time of the shooting.

A search of his house found medicines used to treat mental health conditions, but no documents stating that he had a mental illness, say police sources.

According to local sources, Meran and his older brother Carlysle Stephan Meran were alleged robbers, taken to the police station earlier that day.  Alejandro apparently asked to go to the toilet and was accompanied by Rotta, who he then attacked, taking his gun.

Il Fatto Quotidiano reports that he fired 15 shots from Rotta’s gun, and then took Demenego’s to continue firing.

Rotta and Demenego died in hospital.  Three other policemen were hurt, but their injuries are not life-threatening.

Il Fatto Quotidiano reports that police union SAP has stated the policemen were killed because their holsters were malfunctioning.  “The first policeman’s gun was removed because he had an old holster, as the one supplied had been broken.”  SAP adds that the second agent had his holster torn off when he had already been shot using the first policeman’s gun.

The response from the security department, also published in Il Fatto Quotidiano, was to reprimand the “arbitrary reconstruction” of how the first policeman’s gun was taken as “groundless” at the current time.

“On such a dramatic day one would have expected, at least from those who wear the same uniform, a respectful grief for the victims and their families.  It is upsetting that some, to gain visibility, are speculating on the deaths of their colleagues killed in service.”