Opinion: Cache of civilizations under an arch on Via della Lungara 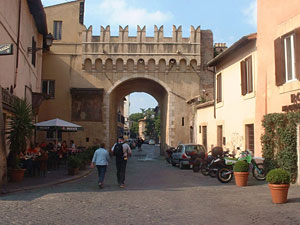 ROME -- I left New York at 34 because every bone in my body could feel that the window was closing.

If my husband and I didn’t leave then, we would certainly remain stuck forever (20 minutes from where we were born in the same hospital, three months apart)). At the time I worked as a community organizer and I taught at Fordham University but we needed change. So I quit and off we went to Rome, with no prospect of work and nowhere to live. For a couple of years I bounced around English language schools and by my third year, I found John Cabot University just under the Arch in Trastevere.

One of the first John Cabot events I attended as a composition instructor was a reading by Amara Lakhous from his book, Clash of Civilizations Over an Elevator in Piazza Vittorio. This unassuming little violet book sang to me with its sometimes witty and other times heart-wrenching stories of the lives of immigrants in the Esquilino neighborhood of Rome. And there was the author in front of us, talking about his writing process, his experience with language, and his life as an immigrant in Italy. At the end of his talk as he took his seat, I looked down, surprised at the pain radiating through my quads. I rubbed my legs and scanned the packed Aula Magna—there was Carlos from Texas and that nice student from Morocco I met earlier in the day, and the boy from Rome who helped me fix the computer during my last class. My legs began to cramp up. I rubbed harder. I had literally been sitting on the edge of my seat for the entire presentation and question period.

After Lakhous wound up I tripped through the little streets, across Piazza San Egidio, then through Piazza Santa Maria toward the park at Piazza San Cosimato. The way the moonlight hits the cobblestones never gets old but on that particular night, it was even newer than that. I passed Da Vittorio Pizzeria, as Whiskey, the golden retriever, regarded me from under the dinner table with his electric smile curling out from his under his nose. I kept on walking and waved at the Italian card store owner as he locked his door. He looked at me with eyes gleaming and bellowed: "Spillatrice!" "I punti!" I fired back over my shoulder. About a year earlier I had walked in there looking for a stapler without knowing the word. Now every time I passed we went through this ritual. Tonight his laughter and the sound of his jingling keys were jewels in my ears. As I made my way up the hill toward Monteverde I replayed the night in my head. I looked back down the hill and at the piazza with its empty produce stalls gapped over the pavement like missing teeth in an aging smile. Tomorrow morning it would be bustling.

It had come, as I knew it would, as I gambled it would, when I left New York those three years earlier. I was finally where I needed to be. Mixing with exciting people, with ideas, passion, something to say! I was surrounded by students and professors from far and wide and while I could teach them, they could also teach me. It was this simple fact that set me on the edge of my seat and wrecked my quads that night. I was surrounded by a symphony of people, enveloping me with their harmonies. I was finally home. 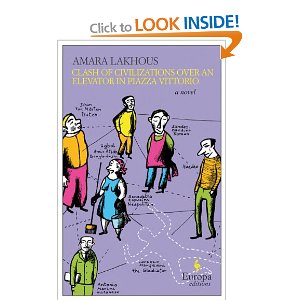