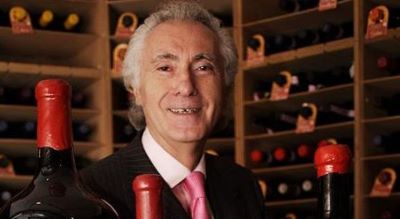 Pinchiorri, 75, is one of the most famous sommeliers in the world and ran the three-Michelin-star Enoteca at the Jacometti-Ciofi palazzo in Florence.

“It was my dream to work there, I could not imagine that it would become a nightmare,” she said, reports La Repubblica.

Pinchiorri sent her messages, presents and telephone calls, reports Il Messaggero, and in March 2016, to escape, she quit.

Her lawyer, Federico Scavetta, explains that Pinchiorri continued to pursue her with telephone calls from a variety of phone numbers.  After that, reports La Repubblica, he sent messages and presents and followed her around in a car.

In 2017, she took legal action, but Pinchiorri ignored the police commissioner’s warning, continuing as before.

An inquiry was opened and a few days ago the result – a probable indictment – was communicated to Pinchiorri.

The same evening, he approached her after she had left the restaurant where she now works with her boyfriend.  “Let’s make peace,” he said, possibly hoping to close the matter there.  According to La Repubblica, she was frightened and shouted at him to go away.  Her boyfriend called the police, who intervened.

Scavetta reports that Pinchiorri also sent the young woman’s mother, who is an acquaintance of his, a threatening letter to convince her daughter to withdraw the legal complaint and stay silent on the whole story.

“Pinchiorri is not a violent or dangerous person,” says his lawyer, Maria Cristina Paoli, who added that she could not give details of the investigation.