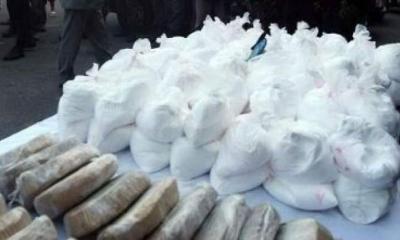 PALERMO – Police have netted 20 arrests throughout Italy in a blitz targeting local and international drug trafficking networks that delivered cocaine from Argentina, and hashish from Morocco, Italian media reported on Tuesday.

The anti-drug operation, which began in 2015, focussed on the ‘wholesalers’ of the drug and dismantled two unrelated criminal organizations specializing in the management of large loads of cocaine and hashish.

In the first case, investigators monitored routes, connections and dealings between members of the local association and those within the international criminal underworld, who from Argentina – after intermediate stages in Europe – sent large quantities of cocaine to Palermo.

The drugs arrived in Sicily from Argentina in small packages hidden in suitcases. Couriers flew to Paris and then continued the journey to Palermo via train or car, La Repubblica reported.

In the second case, considerable loads of hashish arriving in Palermo from Morocco were distributed to other Italian provinces, with the Sicilian capital assuming the role of “regional and inter-provincial” drug collection and sorting centre.

The hashish, often coming from large suppliers in Morocco, would remain in “storage” in warehouses in northern Italy and would travel only once it was purchased by associations in Palermo.

Of an estimated 1000 kilograms of hashish entering Palermo, police seized 700 kilograms and arrested the couriers.