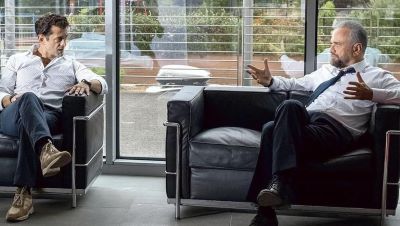 Upcoming film Governance will offer audiences a look into the dark world of oil companies in Italy, reports La Stampa.

The film is directed by Michael Zampino, who spent 15 years as a manager in a major oil firm.  It was inspired by personal experience of the reality of life in the industry.

“The idea of the film was born from my experience, from the wish to offer the public immersion in a particular environment, where the compromises are serious because the stakes are high,” he said, quoted in La Stampa.

"Oil is still, even now, the easiest energy to extract and refine, themost readily available wealth."

The film, an “immoral fable,” focusses on Renzo Petrucci (Massimo Popolizio) an unscrupulous director general of an important oil group.  Suddenly undermined by a corruption investigation, he seeks revenge.

Zampino outlines the character as a slightly Macbeth-like figure, "a man perpetually at war, excited by power, but also condemned to solitude.  When he regains what he wanted, he sees the abyss that awaits him."

Aside from Popolizio, the actors include Desiree Giorgetti and Vinicio Marchioni, playing Michele Laudato, a mechanic who comes in to cover for his friend Petrucci but eventually becomes a blackmailer himself.

"In Italy it is always difficult to speak of power, we prefer to do so through metaphors.  But in this story... the abuses of power in our everyday life are told, things that happen everywhere, done by normal people, and on the other hand we are a republic founded on these systems."

Zampino describes the thriller as a film in which “the search for truth is hampered by the strength of economic interests.”

Produced by Frederic Ollier, the film was shot in four weeks near the Tiburtino district in Rome.  Monsieur Ollier, who also produced the award-winning film Picciridda, commended at the Taormina film festival this year, previously worked with Zampino on the film L'erede.

Governance will be released in the spring of 2020.