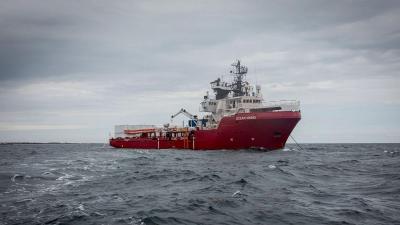 As Rome pushes for a new effective mechanism to distribute migrants, its formal request for Brussels to coordinate the redistribution of the 82 migrants aboard the ship run by French charities SOS Mediterranee and Doctors Without Borders, has been met positively. Palazzo Chigi, the Italian prime minister's office, has reported “a strong European membership” which will allow “an adequate and prompt solution.”

This means the migrants could soon arrive in Italy and then, apart from a residual quota that will remain on the peninsula, be transferred to other EU states willing to welcome them, Italian media reported.

In moving talks from the Interior Ministry to his own office, Conte is putting his stamp on his second stint as Prime Minister, clearly breaking away from ex-Interior Minister Matteo Salvini’s ‘closed ports’ policy.

Given their varying views on the issues, the Democrats, M5S, and LEU, seem to have found common ground in the shared strategy that NGO ships with rescued migrants seeking a port will no longer be left stranded in the middle of the sea.

Disembarking the vulnerable (children, pregnant women, sick people) appears to continue to be the priority, then finding a swift solution for those remaining through a redistribution mechanism activated in Brussels, which includes a group of countries each willing to welcome a share of migrants. A minimum quota, about 10 per cent, could remain in Italy.

In recent months, France and Germany were working on a similar agreement, which had not been accepted by Salvini and Malta. Now, new Interior Minister Luciana Lamorgese has begun to weave her web of connections: she will meet German colleague Horst Seehofer next Wednesday in Berlin. On September 23, Lamorgese will attend a mini-summit between Interior Ministers in Malta.

Similar contacts will be initiated by other members of the government in favour of – as Conte wants – a more effective management of the phenomenon, aiming to reconcile strictness with humanity and achieve better results with "less propaganda."

In the short term, the Ocean Viking, currently sailing back and forth some thirty miles east of Lampedusa, is still awaiting an answer from Rome or Valletta.

"There are 82 vulnerable people on board, including six women and a one-year-old child, still waiting for a safe haven,” SOS Mediterranee said. “According to maritime laws all survivors must be promptly landed."

The answer - working via the Rome-Brussels route - should not be long coming.