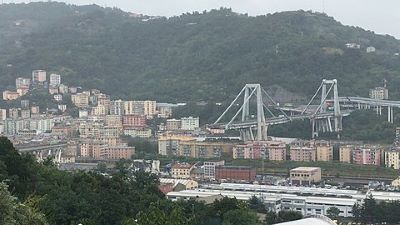 ROME – Three people have been arrested and six suspended as part of the ongoing investigations following the Morandi bridge disaster.

Those arrested, or suspended from public work for a year, are under suspicion of having “softened” or “sweetened” reports on five viaducts managed by Autostrade per l’Italia.

The measures regard the presumed false reports on the Pecetti viaduct on the A26, in Liguria, and the Paolillo viaduct on the A16, in Puglia, reports Il Fatto Quotidiano.

The situation emerged in the course of the interrogation of witnesses during the investigations following the collapse of the Morandi bridge.

Those suspended and arrested are technicians, officials and directors from the Spea and Autostrade per l’Italia companies.  According to the magistrates, the directors at the top of the two organisations were aware of the presumed falsification of reports compiled on the Pecetti, Paolillo and three other viaducts.

The technicians of Spea told the investigators that reports

“were sometimes changed after meetings with the supervisor Ceneri (a Spea engineer, now suspended) while in other cases it was Ceneri himself who modified them without consulting others.”

On the charge, the reports were almost routine and therefore did not correspond to the real condition of the viaducts.

The arrests and suspensions were carried out at the request of public prosecutor Walter Cotugno, while the investigation is being conducted by the Genoa fiscal police.