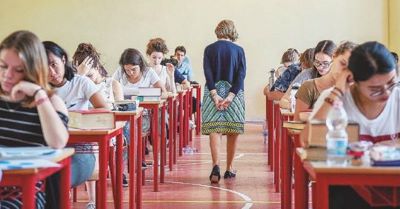 The proportion of young people who had dropped out of education and training stands at 14.5 per cent of the population aged 18 to 24, compared to a European average of 10.7 per cent, according to European Union figures for 2018.  This places Italy fourth last amongst European countries for students failing to complete school, ahead only of Malta, Romania and Spain.

The Court of Audit notes that the dropout rates are worst in the poorest areas, with particular issues in the south of Italy.

Experts say that the phenomenon is having a negative effect on the economy, particularly with regard to GDP.  The Agnelli Foundation, a non-profit research institute for the social sciences, calculated in 2014 that the overall economic cost could be between 1.4 and 6.8 per cent of GDP.

Equally, efforts to combat the dropout rate come at a high cost to public funds.  From 2012 to 2017 the state spent 218 million euros on efforts to reduce it, with even more spent from European funds, but to apparently little result: from 2016 to 2017, overall dropouts from the second year of middle school alone were 112,240.  Out of 2.5 million high school students, over 53,000 Italian students drop out, Il Fatto Quotidiano reports.

The rate is falling, but too slowly, at 0.5 per cent a year.  Although the EU has asked for dropout rates to fall below 10 per cent by next year, at the current rate Italy would need 10 years to achieve this.

To solve the problem, the magistrates of the Court of Audit say that a coordinated structural plan between institutions would be required.