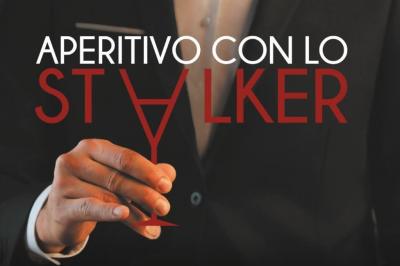 GENOA – The local government of Genoa, which has come under fire for sponsoring an anti-stalking event, has denied supporting an “Apertif with the stalker,” local sources said on Thursday.

Originally scheduled at Castello di Nervi on 20 September, "Aperitif with the stalker," brands an anti-stalking law as harmful “to innocent people" – a lethal tool in the hands of deceitful people who use it to take revenge on and crush and silence "troublesome" exes.

Local government officials said an appointment had been mistakenly entered on the list of sponsored events, but was later cancelled.

A document published on the Municipality of Genoa’s website, however, tells a different story, showing the council had lent its support to a similar event in 2018.

Event creator and blogger Davide Stasi – who has been sued in Genoa for stalking – said he had received 300 euros, and confirmed he had previously received local council support, complete with logos, for a virtually identical event he organised in 2018 called, “You’re the stalker - trapped by a mistaken law.”

The latest event was cancelled after Viviana Correddu (blogger de ilfattoquotidiano.it and trade unionist Filcams Cgil Genova) and Cinzia Pennati (writer, blogger and teacher from Genoa) launched a change.org campaign appealing for the right-wing mayor of Genoa, Marco Bucci, not to finance it with public money. They said the support (represented by the logo of the Municipality) was “an affront to all female victims of violence, killed, psychologically and physically raped, beaten, burned, disfigured by partners, ex-partner or strangers, just for having tried to distance themselves from a situation of submission or for having refused an unwanted approach.”

“The show would also be financed by the Municipality of Levante, led by Francesco Carleo of Fratelli d’Italia, already investigated for his fascism apologia,” Paita said. “Remove any public support for a shameful initiative. I look forward to seeing the Head of Culture Barbara Grosso, who has already given her green light, to backtrack and immediately block this initiative."

On Sept. 9 the municipal administration denied "that it had conferred the patronage to this event. Those who improperly used the logo of the Municipality shall be accountable in appropriate forums.”

And yet, the website fivedabliu.it shows, the Stasi “show” was part of the list of events visible on the website of the Municipality of Genoa, but Carleo subsequently declared that the inclusion of that event among those sponsored had been a mistake. A version that does not coincide, however, with that of the blogger himself – "The patronage is from the Municipality of Levante, in the sum of 300 euros exclusively destined for the Association of Separated Dads in Liguria” to finance a school in India in memory of Ethan Solinas – a thirteen-year-old boy from Genoa who committed suicide following parental alienation.