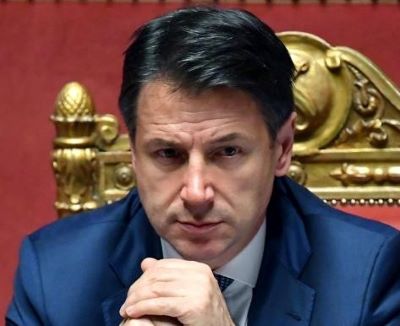 ROME – New Italian prime minister Giuseppe Conte was meeting with EU officials on Wednesday to discuss issues of budgets, funding and migration, after winning confidence votes in the two chambers of Parliament for the new coalition government between the Democratic Party and the Five Star Movement.

The new government won the votes of confidence required to exercise full powers with a victory of 343 to 263 in Parliament on September 9, and 169 to 133 in the Senate on September 10.

Both votes of confidence took place in a tense atmosphere, with members of parliament and senators shouting insults.

Conte is now going to Brussels for talks with heads of EU institutions, including Ursula von der Leyden, president-elect of the European Commission.

“Straight down to work… We do not have time to lose in Europe.”

In the post, he outlined his main objectives for the meetings as modifying the European Stability and Growth Pact to favour growth, going beyond the Dublin Regulation on migration, and putting in place a regime of extraordinary measures and interventions to favour growth and development in the south of Italy.

So far, Conte has been concentrating on migration in his talks with European leaders.  He is arguing for changes to the Dublin Regulation, under which migrants must be registered in the country they arrive.

Conte said on Wednesday that a new temporary plan needed to replace the emergency management which had been entrusted to Italy, and that European member states which refused to receive migrants should be hit with financial penalties, reported Il Fatto Quotidiano.

He also said that the repatriation system needed to be handled at EU level, rather than by individual states.

According to political sources, other domestic priorities of the new government are a cut to the number of members of parliament and a proportional electoral law.