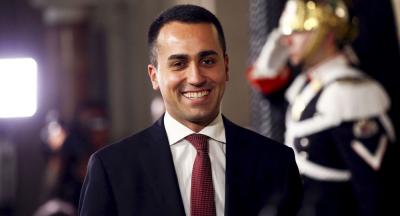 ROME – Around 30,000 Five Star Movement (M5S) members have already voted on the birth of a new government with the Democratic Party (PD), led by Giuseppe Conte, political sources said on Tuesday.

“This is a historical record for the Rousseau: traffic is even 10 to 12 times higher than that of the first round of voting for the selection of European candidates,” the Rousseau Association said.

“What we are experiencing is a very delicate moment for the country. And it must be tackled by focusing on the interests and needs of citizens, of the community we all form together," reads the M5S blog.

Direct Democracy is a cornerstone principal of the M5S.

According to M5S senate whip Stefano Patuanelli, if the majority of members vote ‘no’ in the online poll, then Conte would have to advise president Sergio Mattarella his attempt to form a new government had failed.

In a Facebook message, M5S leader Luigi Di Maio said the 20 points presented to Prime Minister Conte are being addressed in the government programme, - “From blocking the increase in VAT to the minimum wage, from cutting the tax wedge to help families and the disabled, from stopping incinerators to drilling rigs, from justice reform to the law on conflict of interests, up to motorway concessions. Good vote to all on Rousseau.”

Voting closes at 6 p.m. on Tuesday.