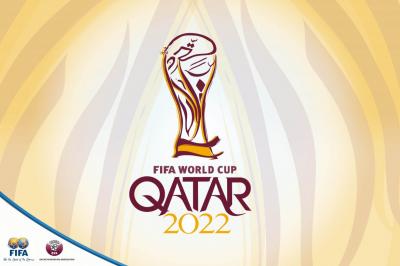 ROME – The Qatari Ambassador to Italy, H.E. Abdulaziz Ahmed Almalki, Tuesday announced the unveiling in Milan of the logo for the 2022 World Cup football competition in the Gulf state as a traditional Qatari dhow sailed into Venice from Doha.

“My country has finalized all the arrangements to host this event,” Ambassador Almalki told a news conference at the Regis Hotel in Rome, “we have built new stadiums, railways and all the insfratstructure such as roads, bridges and tunnels. I can assure you that Qatar 2022 will be one of the best World Cups ever. We are committed to producing the best,” he said. The competition will mark the first time a World Cup is held in the Middle East.

The logo was being projected officially at the Arch of Peace in Piazza Sempione in Milan at 9:22 p.m. as well as in Qatar and 22 other states around the world. In the Arab world it was being unveiled in Kuwait, Muscat, the Omani capital, Beirut, Amman, Algiers, the Tunisian resort of Hammamet, on the Moroccan seafront at Rabat, and on the tower of Baghdad, the Iraqi capital.

The Qatari traditional vessel Fattah Al Kheir (ship of good will) was dropping anchor at Venice and also was to beam images of the 2022 World Cup logo, said the ambassador.

The vessel came to Venice via Croatia and Istanbul after leaving Qatar in July. The ambassador described relations between Qatar and Italy as optimal and pointed out that a number of Italian companies have been involved in construction and other contracts in preparation for the 2022 contest.

Ambassador Almalki told the Italian Insider that the embargo of his country by some Arab countries would  not cause any obstacles for the World Cup.

“As far as the siege is concerned, what some call the embargo, thanks to God we have overcome the siege. We are going ahead with all our project. It had no effect. The precise plan will be respected to the letter.”

Italian companies were involved in building two stadiums and in the construction of the metro system in Doha.

Qatar will respect FIFA rules rigidly meaning that in the event of one of the embargoing countries such as Egypt qualifying in the competition it will not a problem, he added. “FIFA requests will be respected to the letter.”

Qatar’s national team hopes to showcase its talents during the championship and the ambassador hopes that both Qatar and Italy will reach the Cup final.

The good will generated by championship could lead to the countries that are trying to isolate Qatar dropping their efforts, he added.

“We hope that football will unite peoples not divide them,” the Qatari ambassador to Italy said. 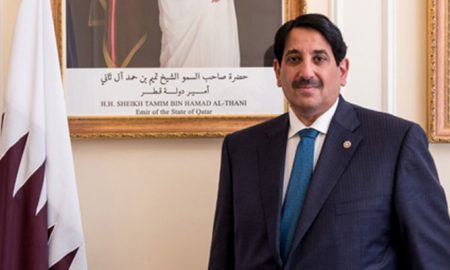