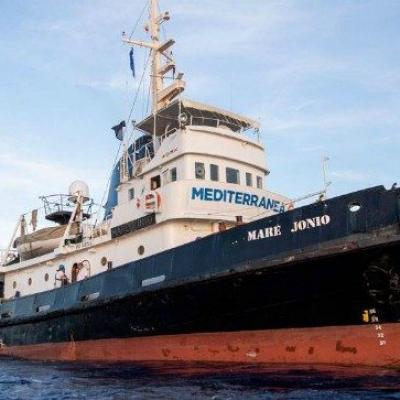 The Italian NGO Mediterranea Saving Humans defines the seizure as "absurd," – "We entered territorial waters with the formal authorization of the coastguard, the NGO said. “Now they’re challenging us for violating the #DecretoSicurezzaBis. It is the ultimate revenge of those who do not tolerate humanity prevailing."

The NGO said it had received permission from the coastguard Monday to land the remaining 31 migrants aboard the Mare Jonio in Lampedusa due to health reasons.

An 18-year-old Sudanese, identified by police after listening to numerous witness testimonies, is suspected of aiding illegal immigration.

Entering the Sicilian port of Pozzallo on Monday, the Eleonore was also seized for defying the ban on entry into Italian waters.

The German ship had been in limbo, stopped at the edge of Maltese waters for a week awaiting authorization to enter a ‘safe harbour.’ The authorization never came, prompting the NGO to declare a state of emergency and ignore the entry ban issued by Interior Minister Matteo Salvini.

“The dangerous situation for the lives of people on board forces me to head to the nearest port," said Claus Peter Reisch, the captain of the Eleonore.