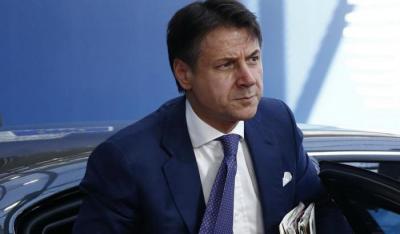 Conte said he accepted the mandate "with reserve,' meaning he reserved his decision depending on whether exploratory talks he will hold with the party leaders confirm that he can reach agreement with them on a new cabinet. He arrived at the Quirinal Palace at 9:30 a.m. Thursday, climaxing several days of consultations held between the two parties.

Having accepted the mandate, Conte said that this was the time to "turn a crisis into an opportunity."

"It will not be a goveernment against, but a government that is for the citizens and modernizes the country."

"This will be a new season, a time for relaunch," he said.

Italy was plunged into a political crisis after the League leader Matteo Salvini withdrew support from the Conte government.

Although the Five Star-Democratic Party coalition under Conte has prevented elections, there are still issues to be negotiated between the parties.  Agreement has not yet been reached over which parties will take which ministries, with particular uncertainty over what role Luigi Di Maio, the leader of the Five Star Movement, will hold.

On Wednesday there were disagreements over who would be deputy prime minister, with the Democratic Party refusing to accept a Five Star deputy having already agreed to their proposal for prime minister, Conte.

However, political sources comment that Conte, having officially accepted the mandate, is aware of his popularity and would like to be more autonomous, without deputy prime ministers.  This already marks a change from the previous administration, where he oversaw a coalition between the Five Star Movement and the League.