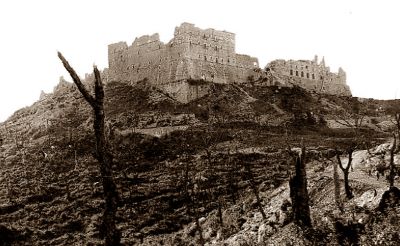 ROME – 10 September marks the opening of the “Living Memory” exhibition at the Historical Museum in Cassino.

This interactive exhibition about the Second World War focusses particularly on the Cassino area, which was destroyed by bombing on September 10 1943 and was the site of the significant and tragic battle of Monte Cassino.

Its aim is to “record the past and look to the future with greater awareness.”

It will make use of new technologies such as augmented reality and 3D digital restorations of photographs.  The visitor is told about the war by people who really existed, recreated thanks to augmented reality.  The history is explained not just by soldiers and military commanders, but also ordinary people who experienced the heavy bombing.

The exhibition also uses different languages, according to the target audience.

The Battle of Monte Cassino was a series of four attacks carried out from January to May 1944.  There were 55,000 Allied casualties and 20,000 Germans killed or injured as the Allies tried to force their way to Rome past fierce German defence of this strong tactical position.

The exhibition is organised by DBG Management & Consulting, a business consultancy firm.  It also falls within the “Atelier Art Beauty and Culture” sector of the Por-Fesr Lazio 2014-2020 project, which promotes the cultural enhancement of five historical areas of Lazio.