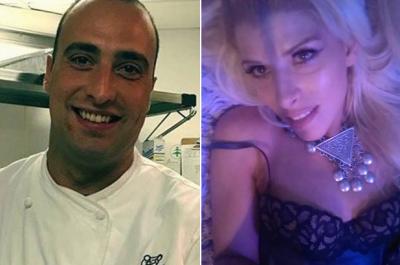 NEW YORK - A prostitute has been arrested in New York over the death of Italian chef Andrea Zamperoni, found dead in a hotel in Queens on Aug. 21, American media reports.

Angelina Barini, 41, has been linked to three cases of drug overdose in the area, including that of Zamperoni, 33.

According to the New York Post, the woman, along with accomplices, tried to cover up the death of the head chef of Cipriani Dolci restaurant: there were bleached sheets in the room where his body was found along with an electric saw and empty suitcase. His body was reportedly wrapped in a blanket on the floor “as if someone was going to dispose of it.”

Barini, who told police she was a prostitute and gave Zamperoni liquid ecstasy after he paid her for sex, allegedly supplied three men with drugs containing the powerful synthetic opioid Fentanyl.

The first death dates back to July 4 at the Astoria hotel in Queens, where video footage captured the woman leaving the room. The victim died from a lethal cocktail of alcohol, methamphetamine, cocaine and Fentanyl.

A second man was found dead from a Fentanyl overdose in another Queens hotel on July 11. Again video cameras placed Barini at the location.

Video surveillance cameras also recorded the woman entering the Kamway Lodge with a man matching the description of Zamperoni at 4:58 a.m. on Aug. 18.

Autopsy and toxicological results will be announced in a week. In the meantime Zamperoni’s parents in Zorlesco, in the province of Lodi, await the return of their son’s body for the funeral.