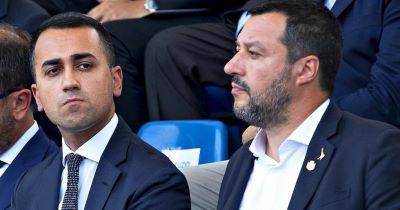 The Five Star Movement, led by Luigi Di Maio, and the Democratic Party, led by Nicola Zingaretti, officially meet on Friday to discuss whether a coalition between them is possible.  They are working towards a government, reported Il Messaggero.

Both sides have set out principles for an agreement.  Some, such as those on tax, may be reasonably compatible, but there are serious differences on matters such as parliamentary reform and migration, according to La Repubblica.

From the proposals of the Democratic Party and the points of Di Maio, “a picture is emerging on which it is possible to work,” said Zingaretti.

Should an alliance between the Democratic Party and the Five Star Movement be formed, the prime minster may be an individual from neither of those parties.  Local sources say that Mattarella would prefer a political figure for prime minister, rather than a guarantor of a contract between two parties like Giuseppe Conte, the last prime minister.

However, this does not rule out an independent prime minister overseeing a Democratic Party-Five Star coalition.  Local sources suggest that such a prime minister may be a woman, such as politician Marta Cartabia or diplomat Elisabetta Belloni, who would become the first female Italian prime minister.

Yet it is not certain that the Democratic Party and Five Star Movement will be able to reach an agreement.  The Five Star Movement may be tempted to return to an alliance with the League, especially now that League leader Matteo Salvini has said that Di Maio would be prime minister in a coalition.

It appears that Di Maio does not trust the Democratic Party: he has accused Zingaretti of still wanting elections, reported Il Messaggero, whilst Zingaretti is evidently cautious –

“I am trying as I promised, but I question whether Di Maio has definitively broken with Salvini,” he said.

Zingaretti’s position is further complicated by the return to politics of Matteo Renzi, former Democratic Party prime minister.  However, the two agree that there should be dialogue with the Five Star Movement if Di Maio conclusively rejects the League.

If neither coalition is possible, Italy will hold elections.

Silvio Berlusconi, leader of Forza Italia, has said that there needs to be a political government, or a vote, with no possibility of a caretaker government.  On the basis of current polling, he believes that the League would need to ally with Forza Italia in order to win an election, said Corriere della Sera.

Discussions at the Quirinale on Tuesday 27 and Wednesday 28 August will determine whether a new government will be formed, or if Italy will be holding elections later this year.