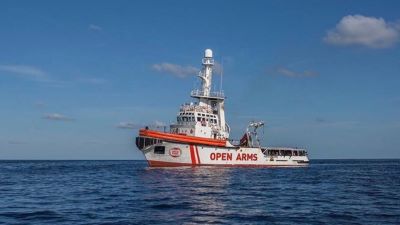 ROME - The Open Arms ship has finally landed at Lampedusa.  All 81 migrants remaining on board have disembarked, following Agrigento prosecutor Luigi Patronaggio’s decision to seize the ship.

The migrants are reported to be in a reasonable condition by local media, and were met with a welcome from groups of activists.  The Open Arms charity organisation tweeted images of the celebrations on board prior to the landing.

On Tuesday 20 August, 15 migrants threw themselves into the sea in an attempt to reach land and escape a state of affairs that the Open Arms organisation had described as “desperate”.

Patronaggio, having inspected the ship the same afternoon, decided to seize it and has opened an investigation into the case.  The severe emotional situation cited by the consultants to the Agrigento prosecutors in their report was the most important reason for the decision, said the Corriere della Sera.

The ship had remained for 19 days at 800 metres from Lampedusa, as Interior Minister Matteo Salvini refused to allow it to land.

Meanwhile, the Ocean Viking, another charity ship with 350 migrants on board, is still looking for a port to land.