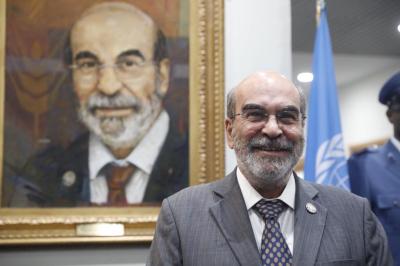 ROME — The Chinese FAO Director General, Qu Dong Yu, has asked his predecessor's chef de cabinet Mario Lubetkin to remain at his post and allowed all other top executives to remain at their jobs, at least for the time being, including American deputy director general Daniel Gustafson, who should have retured at age 62 in 2016, FAO sources say.

“It would seem that the new DG has asked Lubetkin to stay on, and the usual suspects in the Cabinet are hoping that they may also keep their jobs,” a well-placed source told the Insider.  A judge last month ordered Italian Insider chief editor John Phillips to make a provisional payment of 10,000 euros to Lubetkin in advance of a judicial decision on the unctuous Uruguayan former journalist’s claim for civil damags of not less than 100,000 euros from Phillips for alleged defamation of the honcho.

The source added that “you will recall that Lubetkin accompanied Graziano to both Uruguay and Chile before the Conference … perhaps paving the way for Graziano's return to Chile, and to touch base with Uruguay... since they were going to chair the Conference where the new DG would be elected.”

“If you google FAO Organizational Chair, the only change that has been made is that of the DG,” saud the source, speaking on condition they not be named.

“Everyone else has kept  their job for the time-being, including Gustafson, who should have retired  at age 62 in 2016, but who was asked to stay on by Graziano.”

Dong is currently on his first week of office as DG after taking over officially from Brazilian José Graziano da Silva last week.

The source was unable to confirm speculation that Graziano may be offered a position under the new managment,

“I cannot go into the details yet, but I know that the US is not happy … not necessarily with China, but more with Graziano …..  Highly unlikely, therefore, that Graziano will be going to or getting anything of consequence  … anywhere.”

Lubetkin meanwhile last month posted a series of triumphant tweets about the verdict in the Rome Tribunal against the Italian Insider. He failed to mention that the judge in the case had acquitted the Insider's editor on a charge of defamation for an article exposing job rigging by FAO executive Mehdi Drissi on orders of Senor Graziano.

A whistleblower witness, Nancy McNally, told the court that Drissi had indeed rigged the appointment of Juan Toha to the detriment of two women candidates. The witness decided not to resume her testimony after what defense lawyer Avv. Manrico Andreozzi told the court was intimidation "that casts a shadow ... over this entire trial." The Insider will appeal the verdict and sentence.

In another development Graziano posed for photos in front of the oil painting commissioned for him by the FAO that has been hung with other former director generals.

The FAO has not disclosed how much the painting cost but previous paintings of DGs cost an estimated dlrs 20,000 of donor funds earmarked for the hungry. 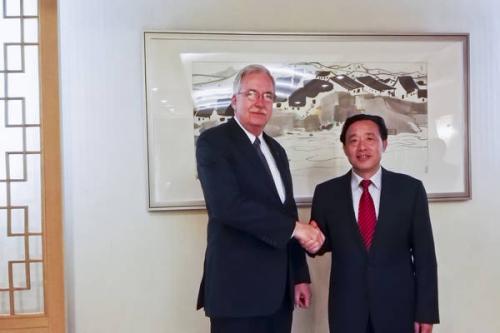